In memory of the American composer Alvin Lucier, who died in December 2021, the memorial concert “A Tribute to Alvin Lucier” takes place on May 22, 2022 in the St. Elisabeth Church, presented by the Ever Present Orchestra and singuhr – projekte berlin.

Alvin Lucier was one of the most prominent and important composers and sound artists of the 20th and 21st century. His oeuvre includes live-electronic performances, instrumental compositions and sound installations. The “Tribute to Alvin Lucier” will feature performances from various phases of the composer’s work, which exemplify his diverse oeuvre. Lucier had a very personal connection to Berlin and its music and sound art scene and often enjoyed visiting the city to work on projects – for example, as a DAAD scholarship holder in 1990/91, to the “resonanzen” festival of singuhr – hoergalerie dedicated to him in 1999, and as a central player of MaerzMusik in 2017. Most recently, his close cooperation with the Ever Present Orchestra brought him to Berlin for concert premieres and recording sessions in 2018. To honor this special Berlin connection of the composer, performers who have worked with Lucier in the city have been invited for the Memorial Concert.

Programme | Works by Alvin Lucier:
“Silver Streetcar for the Orchestra” for solo triangle (1988).
“Arrigoni Bridge” for violin, alto saxophone, cello and three electric guitars (2019)
“Bird and Person Dyning” for performer with microphones, amplifiers, loudspeakers and electronic sound producing objects (1975)
“On a Carpet of Leaves Illuminated by the Moon” for solo cello and pure wave oscillator (2000)
“I am sitting in a room” for electromagnetic tape (1970) 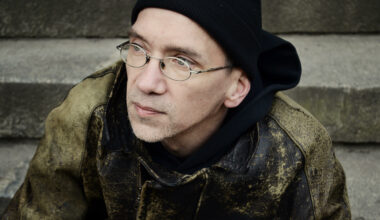