Sven Helbig presents his weekly radio show “Schöne Töne” for the first time live on stage in the Großer Sendesaal at the Haus des Rundfunks in Berlin, presented by radioeins. Join the Rundfunk-Sinfonieorchester Berlin with conductor Ralf Sochaczewsky, concert pianist Tiffany Poon and Argentinian cellist Sebastian Plano for an extraordinary sonic adventure. In a two-hour show, music from 8 centuries becomes a musical mix of the present. Sven Helbig will present the evening just like in his radio show, telling musical stories and interviewing the guests..

For many years, the Rundfunk-Sinfonieorchester (RSB) has held an internationally recognised position in the front ranks of German radio orchestras and Berlin’s top orchestras. Most recently, from 2001 to 2016, the orchestra’s noteworthy expertise in German Romantic and late Romantic repertoire was cultivated under the leadership of Marek Janowski, culminating in a world-acclaimed ten-part Wagner cycle as well as leaving behind a complete recording of the symphonies of Hans Werner Henze.

Janowski‘s predecessor, Rafael Frühbeck de Burgos, helped raise the orchestra’s standards to an exemplary level in togetherness and developed a full symphonic tone. In autumn 2017, Vladimir Jurowski took over the reigns as chief conductor and artistic director of the Rundfunk-Sinfonieorchester Berlin

Hong-Kong born pianist, Tiffany Poon has appeared with orchestras and in recital throughout the United States, Canada, Europe, Australia and China since she was first accepted to the Juilliard pre-college program at the age of eight. In addition to live performances she is also dedicated to building an online community on her YouTube and social media channels, where she shares insights of her life as a musician with the goal of demystifying classical music.

Sebastian Plano s an Argentinian composer, producer and multi-instrumentalist based in Berlin, Germany. His 2019 album Verve was nominated for Best New Age Album at the 62nd Annual Grammy Awards. He has composed the soundtrack for the video game Everything alongside Ben Lukas Boysen.

The Haus des Rundfunks, which opened in 1931, was added to the list of Berlin’s architectural monuments. The architecturally and broadcasting-historically significant building is unique in Europe. 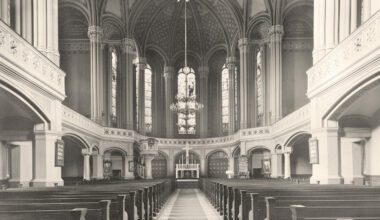 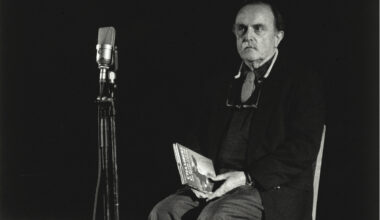