Tunnel of Noise with Byetone at Sanna Island / Traenafestival in Norway | Saturday, 12.07.2014

Digital in Berlin has been commissioned to curate a dark and abandoned military tunnel on Sanna Island during the Traenafestival in July 2014. Trena Islands are far out in the sea on the polar circle – between Norway and Iceland. The small fishing community invites 2000 festival guests for a once in a life time experience. The artists, the guests, sea eagles, the mighty midnight sun, the mysterious mountains, the wind and the ocean bring love and promises of barefoot luxury.

The myth says: “Once there where gods and warriors but the sun turned they to stone. And Sanna island become one of four gods – the goddess of the north. She controls the light, the midnight sun and north light. The islands of Træna have been the site of a number of archeological discoveries, indicating that the island has been populated since the Stone Age.” 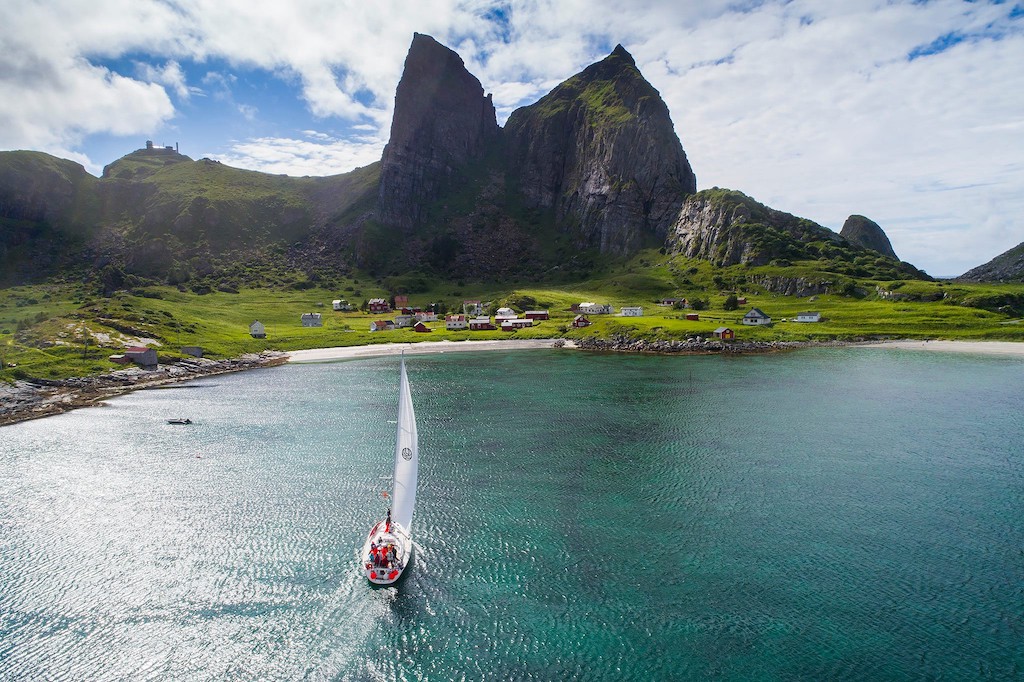 The Tunnel performance will be a definitive contrast to the rest of the Festival program and will be going into a dark, atmospheric and more experimental direction. The Tunnel is 700 meters long – there are no lights and no power. It’s rather steep, uphill and frightening actually, so it represents an interesting contrast to the ‘feel good’ Festival.

Byetone is a German sound- and visual artist Olav Bender – as well as co-founder of the Label Raster-Noton alongside Alva Noto (Carsten Nicolai) and Frank Bretschneider. His work is known for its sharp sense of aesthetics creating a powerful audiovisual experience. His music is an exploration through the elements of ascetic, experimental techno, drones of industrial noise and the dread of doom metal. 2012 he has collaborated with Alva Noto on the project called Diamond Version. Byetone will change the tunnel to a one-of-a-kind atmospheric and challenging adventure. Following by a dark, ghostly and psychedelic DJ Set by Digital in Berlin’s Michael Rosen.