Another of the highlights at this years Foreign Affairs festival is a live performance by The Fairy Band’s Acid Brass programme, a project conceived of by Jeremy Deller. This traditional northern English brass band play acoustic arrangements of classic acid house tracks with their own hi energy versions by the like of KLF and 808 State. Massonix aka Grahan Massey will also perform live on this occasion and Jeremy Deller himself will present some films along with Mike Figgis.

Acid house and brass band music? These musical styles are only very rarely connected. British artist Jeremy Deller – Turner Prize-winner and artist for the British pavilion at the 2013 Venice Biennale – has made it his mission to prove their kinship and historical parallels. In a gigantic pencil drawing, he charted their congruencies.

Brass band music stems from the mid-nineteenth century, the era of industrialization; Acid House started in the 1980s and is effectively the soundtrack to de-industrialization. In the 1980s and 90s, both brass band and Acid House were the musical backdrops of great political protest movements: the big miners’ strikes on the one hand and the gigantic raves around London, held in protest against the Criminal Justice bill, on the other.

It was only logical, therefore, that at the end of the 1990s, the Fairey Band from Stockport near Manchester played brass versions of Acid House classics at Deller’s request. Foreign Affairs presents the German premiere of “Acid Brass”. Plus: a humorous lecture about the work by the legendary British DJ and journalist Dave Haslam, a live set by Graham Massey, whose influential project 808 State is included in Deller’s map, and the rarely shown film about Jeremy Deller’s re-enactment of the famous miners’ strike, “The Battle of Orgreave”. 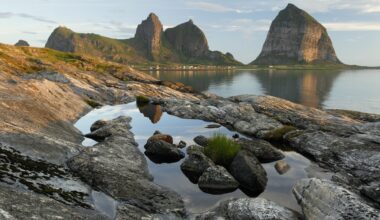