Nadja is a duo of Aidan Baker (guitars/vocals/piano/woodwinds/drums) and Leah Buckareff (bass/vocals). Nadja began in 2003 as a solo project for Baker to explore the heavier/noisier side of his experimental/ambient music performed mainly on the electric guitar. The duo combines soundscape, electronics and atmospheric vocals with slow, epic riffs and dirge-like percussion, creating a slowly moving grand wall of music that has been described as drone, ambient-doom, and shoegazer-metal. Aidan noted that they prefer to call their style of music “ambient metal” or “ambient doom”, though he’s fond of the term “dreamsludge” as well.

1: Our collaborative hip-hop (doom-hop?) album with Uochi Toki is not (just) in Italian.

2: We have toured and performed on five continents.

3: We have used synths on only one of our albums.

What is the biggest inspiration for your music?

How and when did you get into making music?
Aidan: I grew up in a musical household and first started taking piano lessons at the age of 5 or 6. I then turned to studying classical flute, which was my main instrument for many years. As a teenager, I played jazz saxophone in school, and taught myself to play guitar, which is now my primary instrument. I played guitar in a number of new-wave/punk/grunge band s over the years, before beginning to explore the more ambient/experimental direction I work now work in in the late 1990s.

Leah: I played piano and violin a child, then gave it up until I met Aidan and he put a bass in my hand s.

What are your 5 favorite albums of all time?
Since it is pretty difficult to pinpoint 5 favourite albums (and they frequently change), here are 5 in recent, regular rotation in our flat:

What do you associate with Berlin?
Aidan: The freedom to live and work as an artist.

Leah: The smell of coal burning in the air as soon as it gets cold.

If there was no music in the world, what would you do instead?
Aidan: Invent music.

Leah: Crochet (and talk to myself).

What was the last record you bought?
Aidan: David Sylvian – Gone To Earth

Who would you most like to collaborate with?
Jens Hannemann (drumming for Nadja).

What was your best gig (as performer or spectator)?
Aidan: The Boredoms in Melbourne on October 10, 2010 performing with 10 drummers.

How important is technology to your creative process?
It is important, but we think it’s equally important to not be completely dependent on technology.

Do you have siblings and how do they feel about your career?
Aidan: I have one brother. He also plays music, but not professionally. When we were younger, we sometimes played together in punk band s, but now we make and listen to rather different music from one other.

Leah: I have 6 siblings. They are nonplussed. 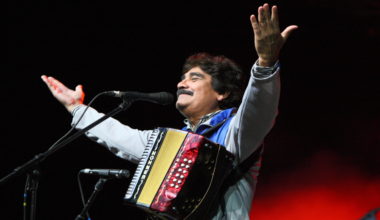