New York City born, Carla Bozulich began her musical career in 1982 by contributing to an album by Gary Kail called Zurich 1916 (Creative Nihilism), a gem in the Musique concrète genre. From there Carla has spread her wings becoming lead singer and founder of the Alt-Country band The Geraldine Fibbers and the trio Evangelista as well as many other musical ventures.

Although Carla Bozulich was known in her early years for her noisy industrial sound, with The Geraldine Fibbers she explored a wider spread of musical skills which is incorporated into her music projects. These skills have opened the door for collaborations with artists like Mike Watt (The Minutemen) and Lydia Lunch and then playing live with the likes of Thurston Moore (Sonic Youth) and Carla Kihlstedt. Now, Carla has released a new solo album “Boy” (Constellation Records) in March. This self proclaimed pop album is quite far from the traditional confines of pop, because it still challenges your senses with the extraordinary sound artistry all while providing memorable songs that bring intrique and a type of familiarity.

1. Nostalgia is violence.
2. One of the most badass persons in the arts ever has been quietly collecting my writing for years without us discussing it even once.
3. She never gave up.

What is the biggest inspiration for your music?
The books I read while I was supposed to be in school

How and when did you get into making music?
I was hand ed a microphone by a punker named Gary seconds before the band started rip-screaming out a pretty  hardcore riff and transitioning
into a psychedelic weirdo groove. The band was the Neon Veins. I was 16 or 17. Don Bolles from the Germs mixed our first gig at the Cathay De Grand e (LA). He was living outside in his van at the time. It was a notorious club that will never be matched. Don Bolles is one of the most brilliant humans you could ever delve further into.

What are your 5 favourite albums of all time?
The Sinking of the Titanic
Scrabbling at the Lock
In C
What We Do Is Secret
The Individualism of Gil Evans

What do you associate with Berlin?
Giant industrial drums smashing hot into the melted shape of my feet kicking a hole in the giant smiling glass rabbit nose of irony.

What’s your favourite place in your town?
I don’t have a town exactly now my childhood was spent in San Pedro, California. Longshoreman, Cholos, Lowriders, Fisherman, Surfers,
stoners, The Minutemen etcetera. No beach. Cliffs. And the cliffs are and were my favorite thing. I love the sea, in general more than
anything.

If there was no music in the world, what would you do instead?
Write.

What was the last record you bought?
The Greatest Fado songs of Amália Rodrigues

Who would you most like to collaborate with?
Otomo Yoshihide, for sure. I think it will happen soon.

What was your best gig (as performer or spectator)?
Every time i saw the cramps as a teen. Nothing can surpass them live at their prime.

How important is technology to your creative process?
For my process as it relates to an audience or consumers it is crucial in every way as I enjoy a lot of manipulation of sound on my released works. If I’m alone, or even performing live, i touch what is near me, my guitar or things laying on the stage or around…. you know how people do and the voice is just there. If the toys are electronic, all the better.

Do you have siblings and are they proud or jealous of you?
I have a brother and 2 sisters. They could not be less similar to each other and me. Sometimes I think Denis might be jealous. Something’s pretty off but it’s weirder than envy. he seems happy cooking at the zen restaurant in San Francisco. Leah is dear to me but so clinging to everything whereas I have nothing, so she would be horrified to have my
awesome life. Donna seems very cool driving the potato chip truck.

I wish we weren’t leaving this article like that. I do love Donna a fuck of a lot, potato chips or not. 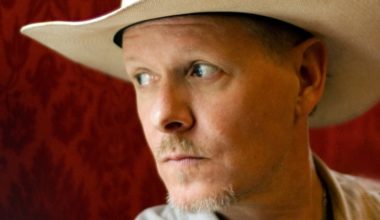 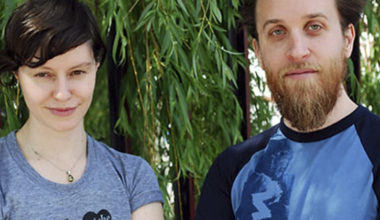