From 27 August to 19 September 2022, Berlin’s concert season begins anew with the Musikfest Berlin, presented by the Berliner Festspiele in cooperation with the Stiftung Berliner Philharmoniker. More than 50 works by some 40 composers will be presented in 27 performances by 33 ensembles and numerous soloists from Berlin and abroad at the Philharmonie, its chamber music hall, the Konzerthaus Berlin, the Haus der Berliner Festspiele and the Kirche Am Hohenzollernplatz.

As always, the Musikfest Berlin combines the symphonic repertoire with rarely performed or even forgotten works, as well as a large selection of contemporary music. This year, the latter focuses on the work of Iannis Xenakis, whose birthday marks the 100th anniversary. Therefore, the Berliner Philharmoniker, the Rundfunk-Sinfonieorchester Berlin, the Ensemblekollektiv and the JACK Quartet will all be turning their attention to his music.

The works of the Greek-French composer and architect Iannis Xenakis are based on visual ideas that he transforms into music scores or electroacoustic sounds with the help of mathematical procedures. His music thus releases enormous energies that overwhelm the listener.

Another artist whose work exemplifies contemporary transcultural themes is australia-based composer Liza Lim, currently a Fellow at the Wissenschaftskolleg in Berlin. From her extensive oeuvre, Musikfest Berlin presents the German premieres of two grand works: the ensemble piece, “Machine for Contacting the Dead”, and “String Creatures”, a new chamber-music composition written for the JACK Quartet.

The Philadelphia Orchestra with Yannick Nézet-Séguin and the Cleveland Orchestra with Franz Welser-Möst will visit us from The United States; from Great Britain, we will have John Eliot Gardiner with his Monteverdi Choir and the Orchestre Révolutionnaire et Romantique as well as Sir Simon Rattle with the London Symphony Orchestra; from the Netherlands, the Concertgebouworkest Amsterdam with Klaus Mäkelä and the Rotterdams Philharmonisch Orkest with Lahav Shani will also be with us; from Belgium, Philippe Hersreweghe’s Collegium Vocale Gent with its instrumental ensemble; from Italy, the Accademia Nazionale di Santa Cecilia choir and orchestra conducted by Sir Antonio Pappano; and from Leipzig, we welcome the Gewandhausorchester with Andris Nelsons conducting.

Helpful as they have been over the past two years, keeping the Musikfest Berlin going through the difficult phase of the pandemic when international guests were unavailable, our Berlin-based partner orchestras – the Berliner Philharmoniker, the Konzerthausorchester Berlin, the orchestras of the ROC and the Orchester der Deutschen Oper Berlin – will of course also be on stage at the Musikfest Berlin this year. 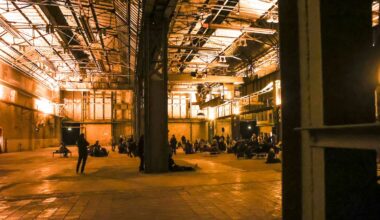 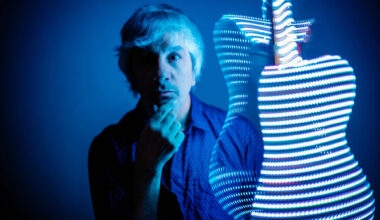