After the sold out Kiezsalon last year at the iconic former industrial hall MaHalla, we are extremely happy to return again in 2022. This impressively vast turbine hall is a quintessentially Berlin venue located in Oberschöneweide in the district of Treptow-Köpenick. Our summer season continues on Saturday, 27 August with Alexander Tucker’s new project Microcorps, and Norwegian vocalist Maja S. K. Ratkje, as well as the first two artists of the new Digital in Berlin record label, Dylan Peirce and LOUFR, premiering their upcoming releases. Read and listen at our new shop.

Once part of AEG, this impressive 3000 square metre space has a 12-metre ceiling and is Germany’s oldest listed three-phase power plant; the historical patina is visible throughout. Check out some photos of it from previous concerts here.

Londoner Alex Tucker’s new project Microcorps explores electronics, cello and voice, blurring the lines between human and humanoid as he investigates how language can alter perception. His debut album as Microcorps, XMIT, is ”an entire universe inhabited by strange figures, part human and part machine“ (The Quietus).

Norwegian vocalist Maja S. K. Ratkje is no stranger to our followers; her performance at the 2017 MADEIRADiG festival was a highlight for Germany’s Rolling Stone Magazine (as was the festival itself—read for yourself here). Her incredibly diverse vocal and composition talents have won her the coveted Edvard Prize (Norway), as well as honours from UNESCO and the International Rostrum of Composers in Paris.

Pindrops is the first album by the Berlin-based artist Dylan Peirce. Following a sculptural approach, Peirce lets small sound events mutate into densely layered soundscapes and elaborate, rhythmic compositions. This album not only gradually shifts our perception, but also radically calls it into question.

Dylan Peirce is a multidisciplinary artist who works in the field of sound, experimental photography, sculpture, video and installation. He has taught sound and installation at the UdK Berlin since 2018 and has been one half of the artist duo Astali/Peirce since 2000. His work has been exhibited internationally at exhibitions like Rennes-Biennial for Contemporary Art (FR), KW Berlin (DE), DeVleeshal Middelburg (NL) and more.

isolated point is the second album by Piotr Bednarczyk under his LOUFR moniker. Drawing on elements from club music, IDM, and noise as well as vocal manipulation, Bednarczyk injects everything that feels safe and homely with an eerie atmosphere. It’s an ambiguous album—a product and an expression of the process of confronting thought as sound.

­­His music is focused mainly on instrumental electroacoustic and electronic music. In his work, he focuses on searching for interesting sound structures using unconventional sound extraction techniques and vocal processing. LOUFR’s stylistic interests revolve around the aesthetics of noise, deconstructed club and hyperpop music.

He completed composition at the Academy of Music in Wrocław. He is currently a student of medicine in Warsaw. As a composer, he has collaborated with ensembles like Ensemble Adapter, Garage Ensemble, Twenty Fingers Duo, Ensemble Kompopolex, Ensemble Synaesthesis, Black Page Ensembles and others. 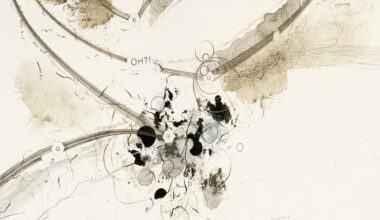 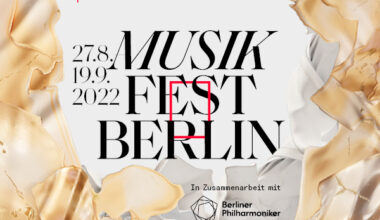 For the opening of our galerie weisser elefant x Digital in Berlin sessions series, we have invited Italian…
15 Shares
15
0 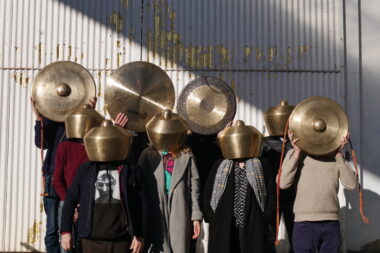 Indonesia’s gamelan tradition has exerted an enormous fascination on music-making in Western cultures since the late 19th century.…
0 Shares
0
0
Back to top
Manage Cookie Consent
We use cookies to optimize our website and our service.
Manage options Manage services Manage vendors Read more about these purposes
View preferences
{title} {title} {title}
×