Mulay’s astonishing alt-pop/ alternative-R&B seems to exist in a universe of its own. In a world of instants, Mulay strives to make music that stands the test of time. Through painfully honest lyrics, hypnotic soundscapes and captivating visuals, she succeeds in taking you on a journey through the depth of her mind and invites you to loose and find yourself in it.

Born and raised in Munich, with a father who records and produces Jazz-, Classical- and Experimental Music, Mulay has been surrounded by various styles of music from an early age, attending classical music recitals, visiting jazz clubs and witnessing recording sessions, before her own interest in Popular music, R&B/Soul and HipHop emerged.

Watching the German film Beyond Silence (1996) inspired her to start playing the clarinet at the age of 8, before she soon moved on to vocal lessons and started to discover her voice. Unexpectedly, Mulay’s first experience on stage, discovering her passion for performance was as a dancer, showing her eagerness in expressing herself through different mediums since childhood.

After finishing high school Mulay moved to the Netherlands, where she attended the ArtEZ University of Arts, a large art academy in Arnheim. There she flourished in the wonder of artistic collaboration and drew much inspiration from interdisciplinary exchange. At ArtEZ, she founded her first band YXC with friends from university, some of whom still join her on stage to this day

1. The first time I was on stage was as a tap dancer at a dance competition

2. Preordering my vinyl will bring you good karma.

Self-reflection. My inner and outer world. Everything I experience, feel, see, read, every soul I touch and that touches me, conversations, inner conflicts, struggles. Definitely emotions and the attempt to decode and understand myself and the human mind overall.

Music has always been a part of my life. I grew up surrounded by various genres of music, as my father works in the Jazz-, Classical- and film-music field. I began playing the clarinet, which was my first instrument, at the age of 8, was in the school choir and later on started taking vocal lessons at the age of 14.

I feel like Berlin is a place in which you could potentially live a thousand different lives. There’s a lot of freedom and possibility in that, but also the danger of getting lost. It’s hot and cold. A quite bipolar city to an extend. But always in motion and filled with amazing, creative minds and inspiring souls.

I always felt drawn to water. So when I need a break from the tunnel of working on my own at my place in Neukölln, I step outside and take a walk to the canal, sit at the waterside and watch the reflections in the water, the sky, the birds, the people passing by… It helps me calm my often overactive mind.

I would probably paint, be a photographer or designer or something like that. Definitely another way of artistic expression. I’ve always felt drawn to many different art forms.

Shabrang by Sevdaliza a beautiful Album.

This year I played a really special show at the cycles collective opening ceremony for X-Jazz Festival in Berlin, definitely one of the best performance experiences I ever had. The venue was a church, the stage was on a platform in the middle of the space with beautiful minimalistic lighting and I performed with a string quartet conducted by Zacharias Falkenberg, a friend and brilliant composer that rearranged my music beautifully for strings. The night was sold out, the stage surrounded by people, the balcony full of people, before and after my set two other ensembles of amazingly talented musicians played improvised, instrumental sets, the energy in the space was just incredible. A magical night.

I guess it’s not too important for my creative process, but it adds fun and enables me to express myself on more levels. I often start a song just by writing the words or by playing the chords at the piano, so my process is not dependent on technology. But I love to experiment with sound design and to play around with audio files, to pitch, reverse, distort and sample them. That process feels very intuitive, almost like painting. There are no rules, it’s just about what feels right.

I have an older sister who does something completely different, but who’s definitely supportive of what I do and even really likes and listens to some of the music I release. ;) 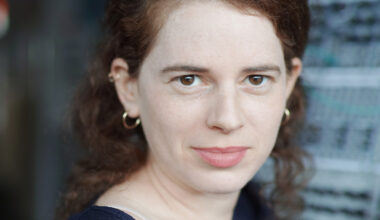 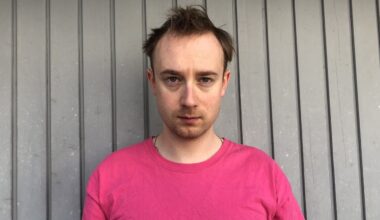