Netta Weiser works at the intersection of choreography, experimental radio and discursive practice. Her works have been presented internationally in performing arts venues such as Tanzquartier Wien, Sophiensaele Berlin, and Villa Medici Rome, as well as in radio contexts such as WDR, reboot.fm and The Israeli Centre for Digital Art. In 2020 she received the Tanzrecherche NRW stipendium for international artists and in 2021 was an artist in residence at the Studio for Electroacoustic Music at the Akademie der Künste Berlin. Moreover, she teaches at the Klangzeitort Institute for New Music and at the Universität der Künste Berlin.

1. The present is provincial (José Muñoz)

2. Everybody wants to be a cat (Thomas O’malley)

3. The Rock Hyrax and the Elephant descend from a common ancestor (evolution)

My sonic practice revolves around the creation of audio documentations of dance practices. So, one can say that I’m inspired by dance, or intrigued by the possibilities of transforming choreographic practices into sound. In the past years, I was researching dance practices that were created by female choreographers during times of migration and border crossing. Together with a group of sound artists, choreographers, dramaturges and dance historians, we developed various methodologies aiming to capture a singularity, or an unexhausted potentiality, in these dances, and explored ways to expand it beyond the body, through the transition into the auditory dimension.

As a dancer and choreographer I used to collaborate quite often with musicians, mainly from the field of new music and electroacoustic composition. These collaborations and experience in interdisciplinary dialog have influenced my current work very much. When the question “what would a Radio-Choreography be like?” came to my mind, it was a gradual transition between collaborating with other musicians and developing my own sonic practice.

Rona Keinan – Breathing Down to Zero

I live in Berlin Moabit and am riding my bike pretty much everywhere. Which means that I bike through Tiergarten almost every day. Biking through the park and feeling the seasons change, seeing bunnies and foxes, or getting wet by a broken pipe are very much Berliner experiences for me.

Dance. (With no music)

The last album I got is Bill Fontana’s “Soundbridge Köln/San Francisco”. In 1987 American sound artist Bill Fontana initiated a large-scale radio art project, connecting between Cologne and San Francisco through radio transmission. The project was initiated by the WDR and involved the participation of over 50 radio stations in Europe and America. In this amazing transatlantic project, 18 sound sources in the city of Cologne and 18 in San Francisco, played soundscapes from the other city simultaneously. The album captures Fontana’s live composition in which he mixes these events into a 1 hour piece.

well… nothing compares to Rage Against The Machine when you’re 14.

Up until recently the main technology required for my creative process was my own, or other people’s bodies. When I started working with sound, new objects like cables, softwares and microphones were introduced into my practice. And, it has, and still is, a process of feeling at ease with these machines… I am currently working on a multi-channel sound performance, in which I “choreograph sound” through a system of 16 loudspeakers. So I would say that today, technology definitely plays a major role in my work.

I will ask them and let you know! 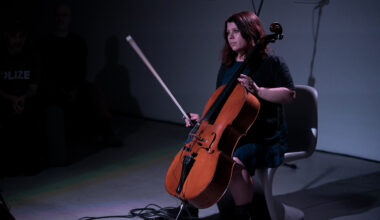 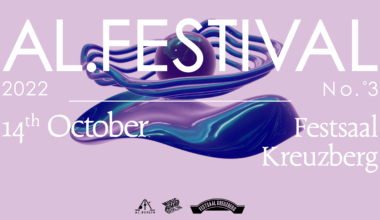