On Saturday October 8 we’ll be back at Prenzlauer Berg’s Musikbrauerei for the final Kiezsalon of the year. Be sure not to miss out on this diverse lineup featuring three upcoming artists including rising American vocalist, composer and performer Holland Andrews, the premiere of Italian piano and percussion outfit Passepartout Duo and young UK abstract ambient producer Dylan Henner who will present his 2020 masterpiece The Invention of The Human on AD93.

The 120-year-old Musikbrauerei—the former Schneider Brewery—is the spiritual home of the Kiezsalon series. Hidden away between bustling Greifswalder Straße and the pleasant Volkspark Friedrichshain, it’s a rare building in Berlin, unspoiled by the tide of gentrification.

Holland Andrews (they/them) is an American vocalist, composer, and performance artist whose work focuses on the abstraction of operatic and extended-technique voice to build soundscapes encompassing both catharsis and dissonance. Andrews previously performed solo under the stage name Like a Villain and composed music for dance, theater, and film. In 2020 they moved to New York City to participate in the ISSUE Project Room 2020 residency program.

Pianist Nicoletta Favari and percussionist Christopher Salvito make up the Passepartout Duo. The instrumental compositions and evocative music videos that make up their body of work are all influenced by their travels across the world, and DIY instruments play a vital role in their releases. Vis-à-Vis, the group’s 2020 album release, features compositions written for a portable handmade instrument that accompanied the duo during a month-long train journey across Central Asia.

In 2020, UK producer Dylan Henner asked his computer “what do you think a human sounds like?”, and used the subsequent concept of man versus machine to build his first full length album The Invention of The Human. It’s one of our favourite recordings from that year, featuring a brilliant collection of drones and synthesized vocals. “Combines the synthetic inventiveness of Sophie and Arca with Grouper’s spectral drones and the beatific simplicity of Arvo Pärt’s post-minimalist compositions.” (Bleep.com, top 50 albums of the year 2020).

Gabi98 is a DJ and head coordinator of the Nimaš Izbire creative collective, most known for their club nights based in Ljubljana, Slovenia. Reflecting his progressive vision of post-internet underground culture, gabi98’s selections include experimental electronic music, ambient, variants of cloud rap and rave-inspired genres intertwined with semi-sarcastic inserts of contemporary popular music. 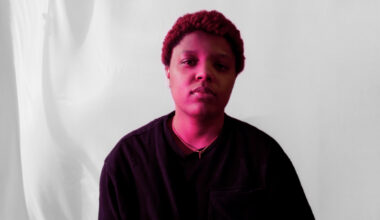 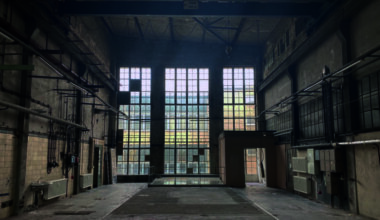