Blanck Mass – the solo project of the British musician Benjamin John Power – presents a new video for “Starstuff” from his forthcoming album, In Ferneaux, out February 26th on Sacred Bones. The video, created by Danny Perez, visualizes the track’s vibrant, erratic sound. The follow-up to 2019’s Animated Violence Mild, In Ferneaux explores pain in motion, building audio-spatial chambers of experience and memory.  Using an archive of field recordings from a decade of global travels, isolation gave Blanck Mass an opportunity to make connections in a moment when being together is impossible.

2: The Boss MT-2 is the greatest effects pedal ever made.

3: My cat, Darwin, refuses to go outside as he is constantly terrorized by an extremely aggressive blackbird.

1. What is the biggest inspiration for your music?
I feel a huge compulsion to be making music all of the time. It´s hard to say exactly where that comes from. The physical act of making music is in itself a huge influence on me. I also find anyone who challenges current “norms” hugely inspiring.

2. How and when did you get into making music?
I think I was bought a small Yamaha synth for Christmas when I was around 6 years old. I would play the demos(pressing keys to change the root note). That´s my first real memory of making music.

3. What are 5 of your favourite albums of all time?
This one is difficult because it changes all the time. Right now I would say:
Ennio Morricone – The Good, The Bad and the Ugly OST
Various Artists – Manhunter OST
Syrnix – Long Long Relatives
Alice Coltrane – Journey into Satchidananda
Wendy Carlos – Switched on Bach

4. What do you associate with Berlin?
When I think of Berlin I think of The Berghain, The Michelberger Hotel and VEGANZ supermarket. They´re all within walking distance from each other and they seem to be the three places I visit first whenever I end up playing a show in Berlin. That’s what I think of instantly. In a more broad sense, Berlin makes me think of hard edges, cold music, forward-thinking people, and electricity.

5. What’s your favourite place in your town?
Underground Solu’shn record shop and Bannerman´s bar. Bannerman´s bar is quite possibly the first place I will be going to in Edinburgh once lockdown is lifted.

6. If there was no music in the world, what would you do instead?
I´d try and import music in from other worlds.

7. What was the last record/music you bought?
I bought a record by a friend’s band called “Poison Ruin” on Bandcamp. They´re from Philadelphia and they sound something between The Wipers and Dungeon Synth. Also, Oranssi Pazuzu latest record “Mestarin Kynsi”. Really interesting experimental Black metal kind of stuff.

8. Who would you most like to collaborate with?
Sean Baker, Ali Abbasi, Yargos Lanthinmos, Lynne Ramsay are a few current film directors whose films I have loved recently. I would also love to collaborate with the “Techno drummer” who can usually be found in Glasgow city center.

9. What was your best gig (as performer or spectator)?
I managed to catch Ennio Morricone´s live performance only once in November 2018. It blew my mind. I´m such a huge fan and his music has been a huge inspiration ever since I was a small child.

10. How important is technology to your creative process?
I would say it holds a large place in my process, yes. I try not to use it as a crutch and am certainly not a technophile but it would be untrue to say that I do not find myself surrounded by it every day, be it either creatively or socially. Saying this, I´m not a purist in any sense, and I don´t really care what was used to make a piece of music/art really.

11. Do you have siblings and how do they feel about your career/art?
My younger brother Adam is a fireman and lives in New Zealand. He saves people´s lives for a living. I think he is very proud, as I am of him. 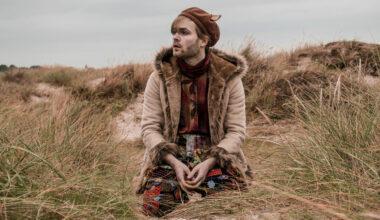 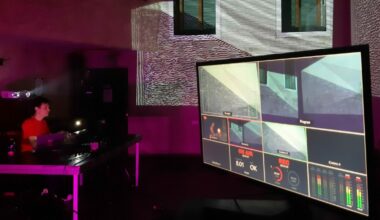