Sturle Dagsland is a highly acclaimed genre-bending artist from Norway. With a wild and unique performance he captivates the audience and takes the listeners on an adventurous, surreal and beautiful journey. Together with his brother Sjur, he tours frequently at festivals all across the world, from Shanghai to New York. Their music has a dark, ethereal and irrefutable intensity that enchants the audience and leaves no one feeling indifferent.
Sturle Dagsland’s long awaited debut album will be released on February 5, 2021.

3: I bought my first pair of tap dancing shoes in Berlin.

1. What is the biggest inspiration for your music?
Inspiration may come from anywhere, both from music, nature, dreams, art, life and the subconscious. Making music is a flexible multifaceted formula, and the way you cook it, the ingredients you put in can differ from song to song. Even though most of our music doesn’t necessarily have a one particular inspiration we draw from a wide array of different places. One of the songs on the new album – Blot – is named after a term for a blood sacrifice ritual in Norse Paganism involving pigs, horses, and occasionally humans to honor the Norse gods, while the last song on the album “Noaidi” is named after the Shaman of the Sami people. The Sami people are the indigenous people of Northern Europe and we have Sami roots from our mother’s side. The Noaidi is a communicator with the spirit world and with his drum he could travel and bring a person that was trapped in another realm back to our world. So while some of the songs may draw a little bit from old stories, traditions or mythology our song “Hulter Smulter” came about after a meeting with a friendly cat and “Harajuku” is named after a district in Tokyo, so every song is different.

2. How and when did you get into making music?
I have always loved to explore my dreams and creativity in a wide array of different ways. I loved writing stories, acting, making movies, singing, playing, etc. After a while music felt like the most exciting and vital platform for me to express myself and continue to explore my creativity.

3. What are 5 of your favourite albums of all time?
I am not sure. I love a wide spread of different music: Pop music, Russian Choir music, african folk, Sprechgesang, Flamenco, Hip Hop, and much more. There is also a rich music heritage in Norway and some of the different types of folk music traditions are really wonderful.

5. What’s your favourite place in your town?
My favourite thing about Stavanger is that the air is clean, the water is amazing and I can go swimming in fjords, canoeing through waterfalls and meet friendly seals on a regular basis.

6. If there was no music in the world, what would you do instead?
Climbing trees, yoyo-ing, swimming and rollerblading, all day, every day. (My brother would probably just practice his nunchucks all day) – he has been practising every day since he was mugged in Berlin once and would now defeat even the most experienced member of the foot clan.

7. What was the last record/music you bought?
I bought an old cassette for my brother by Flamenco master Capullo De Jerez that I found in a flea market.

8. Who would you most like to collaborate with?
I would love to work on a modern day fantasy or a steampunk musical with Japanese filmmaker Sion Sono. He is one of my favorite film directors and has made wonderful films such as “Cold Fish”, “Strange Circus” and “Why don´t you play in hell”. His film “Tokyo Tribe” is also the best japanese rap musical ever made.

9. What was your best gig (as performer or spectator)?
Some of the last tours we did before lockdown in China and Brazil were really wonderful, but we once did a show in -30 celsius on Greenland. it was not by far our best show, but it was definitely a memorable one. This is the first time I had to wear triple underwear just to stay warm and the first time our cellist Carl Tomas wore any underwear at all. During that tour in a sledodding village in Greenland we also had one of our most memorable recording experiences. We went out with our portable recording setup and made a choir out of all their 150 sled dogs. I was howling, singing, screaming and throat- singing with husky dogs during which recording session I achieved almost an alpha- like-status in the pack when I stopped singing they stopped. I was the conductor and they were my orchestra. The recordings were made during a hazardous snow storm and all the senses really came into play, both from me and the dogs.

10. How important is technology to your creative process?
We are on a constant auditive adventure when we are creating music, and that includes experimenting with both technologies, auditive unique places, instruments (both old and new) and the human voice. We always try to challenge and explore new ways of making music, but the most important tool for me is my own voice, and I am continuously exploring and using a wide palette of different vocal techniques in our music.
We also love to explore how location can affect the music creation process and have had recording sessions at high mountain tops in Norway, abandoned industrial areas in Russia, legendary soviet Marine ships in Eastern-Europe, water reservoirs in Germany, A lighthouse on a remote island in the North-Sea, and more.

11. Do you have siblings and how do they feel about your career/art?
I make music with my brother, so he’s obviously an integral part of my music creation process. 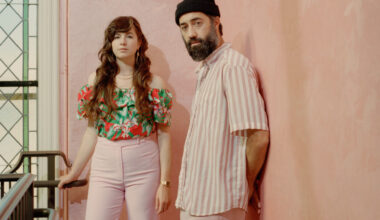 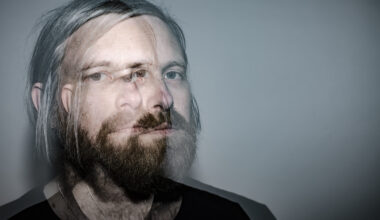