Born and raised in the Saharawi refugee camps lining the frontier between Algeria and Western Sahara, Aziza Brahim’s life has been marked by both daunting hardship and inspired will. Fleeing from these camps and the regime of political oppression that followed Morocco’s 1975 invasion of Western Sahara, as a young teenager Aziza travelled to Cuba for her secondary school studies.

The music Aziza Brahim makes reflects both the sorrow and the hope of these people. She grew up in one of those camps in the Algerian desert, along with thousands of other Saharawi who were removed from their homes in the Western Sahara. The refugee camp was the place that formed her. It lives in her every heartbeat.

She lives in exile, in Spain, and the music for Sahari («The deserts») her fifth album –her third for Glitterbeat -was written and recorded there in 2019. And while her songs remain grounded in her homeland, her gaze is increasingly global. Sahari mixes North and South sounds on a brilliant blend of traditional and modern World Music and has been on the top of World Music Charts Europe (WMCE) in December 2019 and January 2020.

1. My country, Western Sahara, has been illegally invaded by Morocco for 47 years. It is the last colony in Africa.

2. I was born and grew up in the Sahrawi refugee camps, the oldest in the world. I share the plight of so many refugees and displaced people around the world.

On 14 October, the date of my concert at the Al.Festival Berlin, it will be one year since the death of my grandmother Ljadra Mint Mabruk, a highly respected and renowned Saharawi poet, a symbol of struggle through art. She was always an example to me personally, politically and artistically. She has always been and will remain my greatest inspiration and I hope to pay her a well-deserved tribute on the anniversary of her death. Now that, sadly, she is no longer with us, I must say that the greatest inspiration for my music is the support of those around me, the encouragement of the public, the approval of my compatriots and my followers. I am also inspired by all the causes I believe in.

I started making music in my childhood as a form of entertainment in a totally family environment. My mother and grandmother used to organise singing and dancing competitions among all the children in the family. We would compete with each other and they would decide who did best. I always took it very seriously and used my leisure time to prepare melodies and rhythms to surprise them. Later, as a teenager, I was part of the musical group of my school in Cuba where I played a leading role, and later, I joined the regional musical groups in the camps.

It is difficult for me to choose just five. Today I would say these:

Before I travelled to this city, I associated many historical ideas with Berlin that were present in my youth: the cold war, the wall… But, after visiting it several times, because of the experiences I have had here, I associate with Berlin a very pleasant closeness of its inhabitants and an exemplary coexistence that enriches the culture and places it at the forefront of modernity.

I live in Barcelona. A city with the sea. I love sitting by the sea to contemplate the horizon where the sky and the sea almost seem to embrace.

The last record I bought was A Touma, by Ballaké Sissoko.

There are many current artists with whom I would like to collaborate, including Residente, Tiken Jah Fakoli, Oumou Sangaré, Souad Massi, Tinariwen, Habib Koité, Salif Keita and Bombino, among others.

As a performer, I have enjoyed many concerts in many parts of the world, and the truth is that I would mention them all, as I feel grateful to both the public and the programmers. But if I have to highlight one, I remember when I performed in a modest venue, Pan Pipper, after the cancellation for political reasons of my concert at the Institut du Monde Arabe in Paris. It was a great concert against all the censorship we suffered and precious because of the priceless support of the audience.

As a spectator, I very much enjoyed a concert by the master of flamenco guitar Pepe Habichuela, a few days ago in Barcelona.

In my last album, Sahari, I experimented with electronic bases and it was a lot of fun. But, really, my music can be played with traditional instruments. So technology doesn’t have much weight in the creative process. In the recording process it does play a more relevant role, of course.

I have siblings. They all support me all the time, but my sisters are my number one fans. They love what I do and to tell you the truth, I always consult them and take their opinion into account in the process of creating my songs. 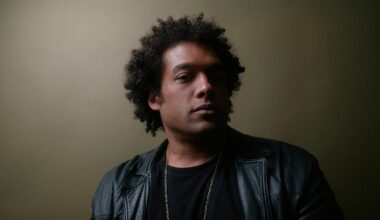