While the pandemic proved to be a transformative time for most of us, the 38-year-old Parisian- born drummer and self-proclaimed „beat-scientist“ Makaya McCraven channeled all of his creative energy during this time and released nothing short but four full-length LPs as well as two collaboration albums on labels like XL Recordings or Blue Note. Being the son of legendary jazz- drummer Stephen McCraven, Makaya was practically brought up on the drums and quickly became a skilled multi-instrumentalist in his own right. Combined with his versatile set of production skills Makaya tends to bring complex electronic experiments together with live instrumentations, often sampling his own studio sessions as the foundation for something new. With an upcoming album in his bag ‘In These Times‘ (International Anthem x XL Records x Nonesuch) we’re thrilled to have him back at J.A.W and see the results of this work-intensive creative phase live in action.

Alongside the Beat Scientist we’re thrilled to have a special show by the Hungarian born and Berlin-based producer / keyboard player Àbáse featuring his full band. Szabolcs Bognár, from his real name, will use the occasion to present his forthcoming record for the first time live on stage. While he is a prominent figure in the Berlin music scene, his last record ‘Laroyê’ was recorded in various places and spaces in Brazil, ranging from apartments to recording studios in Rio De Janeiro and Salvador Da Bahia. With this international mind-set in his bag and inspired by the 1960s / 70s output of labels like Impulse!, Blue Note, Black Jazz or Tribe Records, Àbáse set out to record his new project in a more classical fashion: he gathered his band, whose members come from various places (Ghana, Australia, Hungary, Israel) in the infamous Brewery Studios here in Berlin and recorded an intense session that was all about the live energy and interplay between the musicians.

The bill will be rounded out by Berlin-based & L.A. beat master Kutmah. Justin McNulty from his real name grew up in Los Angeles in his early age and later started the now legendary city’s first beat night „Sketchbook“ back in 2004 which paved the way for the city’s inimitable musical renaissance. The sonics and spirit are encapsulated in Kutmah’s monthly Sketchbook radio broadcast on NTS. Kutmah is deeply rooted in the beat scene and has worked together with the likes of Flying Lotus, Shabazz Palaces, Ras G and Thundercat to name a few. 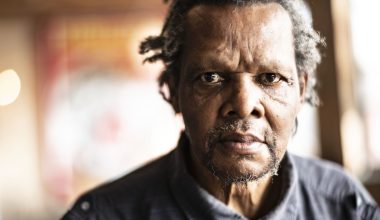