Alison Cotton is a viola player / vocalist based in London, working with composition and improvisation. She is also one half of the band The Left Outsides. Her latest album, The Portrait You Painted of Me was released by Rocket Recordings / Feeding Tube Records in June. It received critical acclaim, including being The Guardian’s Folk Album of the Month, The Quietus’ Album of the Week and reaching number 10 in The Quietus’ Albums of the Year.

Her 2020 album, Only Darkness Now (Cardinal Fuzz / Feeding Tube / Bloxham Tapes) reached number 11 in The Quietus Albums of the Year, number 1 in their New Weird Britain chart and was in Stewart Lee’s Cultural Year.

Her debut album ’All Is Quiet at the Ancient Theatre’ (Cardinal Fuzz / Feeding Tube / Bloxham Tapes) was released in 2018 and in the same year, she was commissioned by the BBC to compose a soundtrack for the Muriel Spark ghost story, ‘The Girl I Left Behind Me’ which was broadcast on 6 Music. This was released as an EP by Clay Pipe Music in October 2019.

In 2021, she was commissioned by The Quietus to compose a 20 minute piece, What You Told Me On That Journey in the Horse & Carriage which was released by State 51 in 2022. She receives regular plays on BBC Radio 3 and 6 Music. She recently was invited by Radio 3’s Late Junction to perform a collaborative improvised session and by Radio 3’s New Music Show to play a live set which was recorded for the show.

1. The viola i still play now was bought for me as a child, over 30 years ago.

2. My first live performance as a child was at Sunderland Empire, playing the soundtrack to The Snowman in the Youth Orchestra with Tom Baker (of Doctor Who) narrating.

3. The first record i owned as a kid was Tchaikovsky’s The Nutcracker

I’m inspired by places I’ve visited and experiences of these places. Usually, when i’m playing, i’m visualising some other place or a scene and often a story will develop. I’m always somewhere else in my mind when i play, never usually in the room i’m sitting in. I’m usually visualising a place in another time in history too.

I started playing viola when i was about 9. I’d wanted to play the violin but, as usual, i was at the end of the queue and there were only violas left in the school instrument cupboard. Before that, i played recorder. I was always singing as a child, and making up songs. I started playing in orchestras in my hometown of Sunderland in the north east of England, took part in residential music summer schools, occasionally played in chamber groups and toured Europe with the orchestra. I continued to play when i went to university but, when I joined my first band when i was about 19, i gave up playing music classically. I’ve played in bands ever since, and now work as a solo musician.

This changes at least weekly and some of my favourite albums, i discovered when i was a teenager.

I love Berlin and I visited quite a bit between 2000-2010. Firstly, for holidays and then my band The Left Outsides started playing there quite regularly. I loved all of the venues we played in. All really cool arts spaces, and if i remember correctly, one was a former chocolate factory and one a former brothel. I often picture some of those venues, how happy i was to be playing in Berlin and remember how lovely and friendly the audiences were. I really can’t wait to return to play my solo work.

I love any part of London where i can still feel the history and, if i close my eyes for a bit, feel like i’m in another time. Parts of the Thames, around St Paul’s, Clerkenwell, Bloomsbury, anywhere with cobblestones, basically!…..It was great walking around these areas just after lockdown when it was so eerily quiet. I always wanted to live in London as a kid, i’ve lived here for over 20 years now and it continues to inspire me. I am still discovering new and exciting places.

Oh i can’t imagine living with no music in the world. But, another ambition of mine as a kid was to be an actor. The only problem is, I have no idea whether i can act! i’ve never even tried or had the opportunity but, i’d probably train in that and give it a go, just to see if i was any good at least…. One of my favourite ways of spending my free time is visiting the theatre. I try to see a play a few times month and the theatre is a big interest of mine….

I’m happy working as a solo musician at the moment. I’ve been in bands and collaborated for so much of my life, it’s a nice change to be working on my own and learning more about myself. I do work with my husband when i’m recording and i enjoy that aspect of collaboration. I don’t have anyone in mind i’d love to collaborate with at the moment but of course, I might change my mind again in the future…..

My favourite gig as a performer is definitely my performance at Supernormal Festival 2022. I was closing the Friday night, playing in a very old barn. It was an incredible atmosphere in there, a lovely audience, an amazing sound and I felt so happy performing in there. I think it’ll be one I’ll always remember

There are so many gigs i could mention as a spectator but, one that will always be special to me was seeing The Watersons / Carthy at the Sage in Gateshead. It was about 15 years ago, on Christmas Eve. i was back visiting my family in the north east for Christmas and we all attended the gig together which made it extra special. They were performing songs from Frost & Fire. They were really incredible, one of the most powerful performances i’ve ever seen by a musician. Experiencing the power of that music in this beautiful space with people i love makes it a concert i’ll never forget.

It’s pretty important. I use some pedals for my viola and play the omnichord live too.

I have one brother, Chris Cotton who lives in Glasgow. He’s always been so supportive. I asked him for a quote for you and he said this: “It constantly impresses me how Alison’s musical career evolves over time. I’ve personally enjoyed every step of the way and look forward to seeing what her talents bring next” 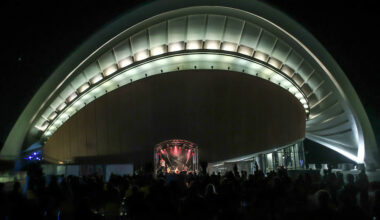 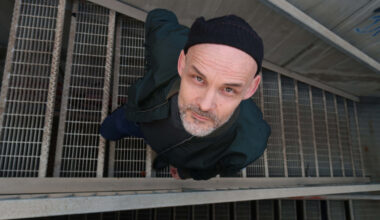