Frank Schültge is a German author, musician, and producer working under the pseudonym F. S. Blumm. Schültge received classical guitar lessons in his youth, but developed a growing interest in noise music. He played in various groups that were influenced by the sound of Sonic Youth, Melvins, and later Gastr Del Sol. In 1990, Schültge began a teacher training programme in music and art, and passed the staatsexamen in 1996.

In 1997 he moved to Berlin in order to concentrate on working as a freelance musician and composer. Schültge has collaborated with a number of other musicians, including the Cologne multi-instrumentalist Harald “Sack” Ziegler as the duo Sack & Blumm, and with Marcel Türkowsky as Kinn. In addition, he worked with Christian Berner, writing and producing radio plays for public broadcast by SWR, WDR, and Deutschlandradio; their Formal Radio work, won a Prix Europa award in 2000.

In 2007, he began work with Ella Blixt as the duo Bobby & Blumm, producing the minimalist folk-influenced albums Everybody Loves … in 2008, and A Little Big in 2010. He also worked with Jana Plewa in 2008 as the group The Kat Cosm, along with guest musicians Sven Kacirek and Harald Ziegler, releasing the album Swaying Boldly Afar.

Marc Marcovic’s concert performance reflects on the present as a hyphothetical place of longing and coincidence where dualist thinking can be overcome. Accompanied by a classical guitar he improvises in tounges, real or imagined, and transformed with the security of sleepwalking, forgotten melodies, legends. All this to a mesmirising visual backdrop of imaginary landscapes. 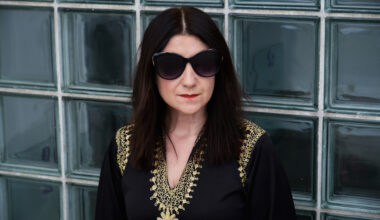 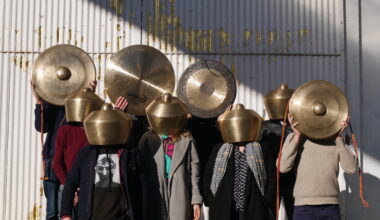