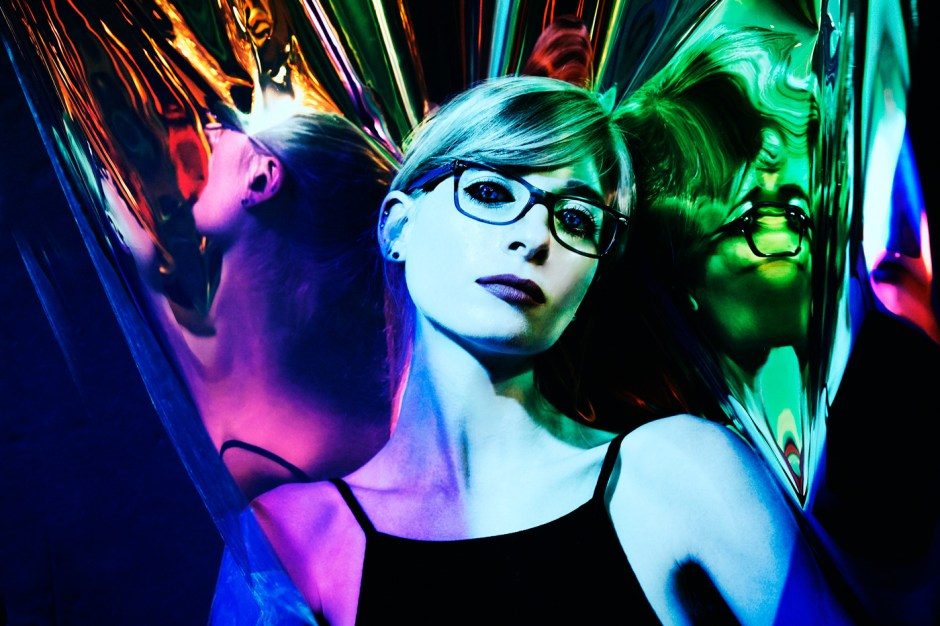 Kelly Moran remembers her eureka moment like it was yesterday. It was a balmy afternoon last summer, down in the woods near her childhood home on Long Island. “I was squatted down in the forest, listening to the sounds of the wind and the wildlife, and all the echoes surrounding me,” Moran recalls. “I asked myself: How can I make music that feels like this: natural, connected, and effortless?” At the time of her epiphany, Moran had spent the better part of her career immersed in the painstaking, pedagogical praxis modern composition: a journey that, however personally and creatively rewarding, had come to an impasse. Her only way forward was to bottle up her stream of consciousness and boldly sail beyond her own boundaries. Such are the origins of Ultraviolet, Moran’s Warp Records debut.

Since 1991 British artist Vicki Bennett has been working across the field of audio-visual collage, and is recognised as an influential and pioneering figure in the still growing area of sampling, appropriation and cutting up of found footage and archives. Working under the name People Like Us, Vicki specialises in the manipulation and reworking of original sources from both the experimental and popular worlds of music, film and radio. People Like Us believe in open access to archives for creative use. In 2006 she was the first artist to be given unrestricted access to the entire BBC Archive. People Like Us have previously shown work at, amongst others, Tate Modern, Whitechapel Gallery, The Barbican, Centro de Cultura Digital, Maxxi and Sonar, and performed radio sessions for John Peel and Mixing It.

She has an ongoing sound art radio show ‘DO or DIY’ on WFMU. Currently, Vicki is focussing on expanding a/v work for a multiscreen and multi-speakered environment with Recombinant Media Labs own Cinechamber, with 10 screen work “Gone, Gone Beyond”. October 2018 sees the release of a new CD/online album also called The Mirror.