In her compositions, Ying Wang deals with topics such as environmental pollution, global social grievances, political persecution and human relationships with technology. Coming from Shanghai she first went to Cologne and then to Berlin. She established herself as a composer who critically reflects and re-thinks chamber and orchestral music. Her original homeland China, as well as her new one in Berlin, form a contrast that is thematically and musically part of her works.

In her work she is always looking for new links to other media and arts, such as dance, video, digital art, light, visual arts and performance. Her latest world premiere is the composition “DIS-A”, commissioned by Heroines of Sound and played by ensemble mosaik, that addresses the disappearance of dissident critics, artists, and journalists under authoritarian regimes. The piece condenses a multitude of emotions and information into a polyphonic and ambiguous web from which the focus is suddenly removed – the material greatly reduced.

1. dis-appearance is anything but a calm, quiet process. The disappearer fights back.

2. It is not only the person who disappears. Often, after a short time, hardly any researchable traces of their work can be found on the web.

I live and form my identity as a contemporary composer from China with a keen and critical eye on the entanglements of politics, culture, society and technology and their consequences. I am looking for a contrasting and multi-shaped combination of my three major tools: the traditional instruments of the European music and their extended techniques, the critical examination of my Chinese heritage and the current possibilities of electronics. In my music I transform the world of today, its crises and tragedies, as well as its beauty and diversity – there is screaming criticism and delightful admiration for this world in my music.

I think it started when I was still in my mother’s belly.

Somewhere near to mountains and the salt water.

It is a “Must” these days. For composer it is extreme important. To know, what is the new development in science field.

I just have a composer father; he gives me a lot of support. He’s name is XilinWANG

Wang has worked with numerous orchestras in Europe and Asia. In 2013 she was awarded the the Giga-Hertz Prize and the composer prize of the 5th Brandenburg Biennale. In addition to the IEMA scholarship in 2009/10, she received other scholarships from the Experimental Studio of the SWR, the Federal Ministry of Vienna and at the suggestion of Peter Eötvös from the Herrenhaus Edenkoben. In 2014 she won the 35th Irino prize for chamber orchestra in Tokyo. In 2015, Deutschlandfunk invited her as “composer in residence” to the “Forum Neuer Musik” festival in Cologne. In 2017 she received the Heidelberg Artist Prize. In 2020 she received a scholarship from the German Academy in Rome. 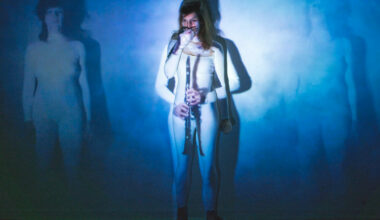 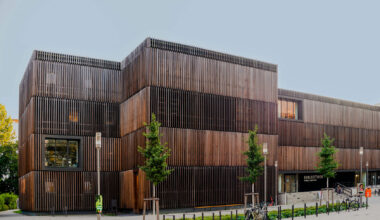