In the summer of 2017, Kees Berkers (Baby Galaxy, YAYAYA) & Yves Lennertz (Bounty Island) started writing and recording songs in a ballet school in a remote village at the foot of the Plateau of Doenrade near Alpaca Mountain. Being avid record collectors, with both members having a collection spanning almost every musical era and genre, details from many different genres seep through in their music.Using South East Asian music from the 60s and 70s as a main inspiration, whilst also bringing their individual musical backgrounds and interests to the table, the recording spree resulted in a remarkable set of songs: Asian psych-pop meets disco beats, Tropicália nestles up to jagged funk, ensnared by electronic elements.

1. The ridiculous war in Ukraine is still going on

3. A Kangaroo is sort of born twice. First via the vagina but it then it’s a foetus and crawls up to the pouch and 8 months later they come out totally developed out of the pouch (second birth) and when they are grown up they can leap 9 meters in a single bound when on full speed.

You mean Yinspiration? HAHAHAHA ! The biggest inspiration to keep going is actually the response of the crowd at our live shows. It is just a pure pleasure to create an atmosphere of joy and ecstasy together. To feel the the excitement and to speak with visitors after the show is really a huge motivation and inspiration.

Some of us have musicians in the family and some of us just had an interest at a young age. We have all been in bands since around the age of 15. At his 18th birthday Kees got a multitrack recorder and started recording and producing tracks for real. Yin yin started 4 years ago when we wanted to create a cassette tape with worldly influenced/eastern music.

We associate it with freedom and a good time, Berlin is a more liberal and exciting version of the dutch cities we are used to. Of course we know Berlin more as guests, however, the architecture is different than Holland which require more rules and stricter policies, you need to ask for a permit to put a ladder in front of your house to clean your windows thats the reason our windows are so dirty. We have quite some friends in Berlin so it’s always good for us to be there, hang out and enjoy the rich cultural scene over there. Berlin = Party

Take 5 bar – Paris style bar in vampire black & candle light, Remy and Robbert both worked here and the CD collection is still something else. Except for some good places to eat, a small historical centre and a market, Maastricht doesn’t have a lot to offer. Especially for nightlife options it’s quite sad. That’s why we hosted a lot of concerts and parties ourself.

We would be successful entrepreneurs in alien sextoys, or sell real estate in an imaginary place.

Kees bought a 12’inch last week: “Man Parrish – Hip hop be bob (dont stop)” which got stolen out of our tourbus the day later, along with remys laptop and lot’s of outfits.

As Yin Yin that would be Kilbi festival in Switzerland which was the perfect summer day like in a teenage movie, programming epic ,sun golden, we swam in a lake where they also had a mini stage, cocktail bar included ofcourse. This show was also the first time we got a evening spot on a big stage, after our show: people were chanting to play one more song as we didnt have any more songs, we tried a jam which kinda worked out and created a cycle pit vortex and the perfect climax of the day.

For a recording artist it’s impossible to work with technology. However we have produced both our albums in our living rooms and bedrooms with quite a simpel set up. We don’t have much expensive stuff. With a laptop, a sound card and a decent microphone you can get very far. We like to fool around with different kinds of synths and effect-chains or loose ourself in a modular set up, but sometimes all you need is hitting an empty can of pineapple with a ballpen to get the right sound.

We have brothers and sisters and they are of course very proud of us. And every opportunity they see to join a concert, they take it! But Berlin is just very far from home :) 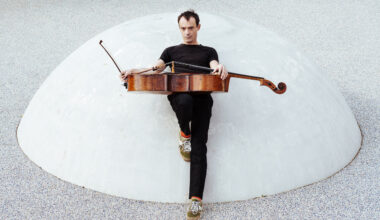 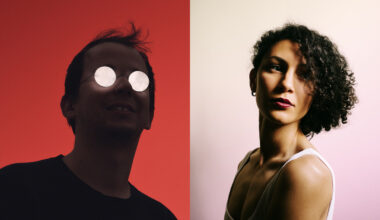