InFiné celebrates 15 years of endurance at the forefront of musical innovation, staging an encounter between eight international artists at Zenner Berlin, a cultural space by Treptower park on the river Spree.

Proudly independent, committed to music that exists off the beaten track and guided by the motto: ‘easy music for the hard to please’, InFiné enters its sixteenth year as a vital platform for innovative artists from around the world. Back in 2005, when the label was founded by Alexandre Cazac, Yannick Matray and Agoria (he left the label in 2011), the world was a very different place.

Over the last 15 years, the need for independent spaces and platforms has grown more urgent, as the obstacles have multiplied. In a world of hyper-accelerated trends, 15-second hits and 0,00001€ per stream payments, InFiné stands proudly as a label that offers artists of diverse origin the chance to explore, experiment and develop unique visions.

Based in Paris and Lyon, InFiné opened a wing in Berlin in 2007 to promote their projects in the city and across Germany. German artists including Apparat, Henrik Schwarz, Moritz von Oswald, Ben Klock and Gas were invited to rework projects for the label, and core InFiné artists like Clara Moto, Cubenx, Rone and La Fraîcheur spent extended periods honing their craft in the capital. Today InFiné’s roster includes artists like Frieder Nagel, Secret of Elements, and a range of other key figures in the German electronic music landscape.

At the core of all the label does is an open-mindedness, along with a playful approach and culture of collaboration, promoted through workshops, annual gathering of artists, and open collaborative projects between label-members, friends and fans. InFiné are committed to long-lasting relationships between label and artist, resulting in work that sometimes exceeds the expectations of both. At Zenner we found a team who were open to exploring these musical panoramas, and a space that was perfectly calibrated for a sonic journey that will range from intricate electronics, mesmerising ambience, twisted pop and kosmische folk. 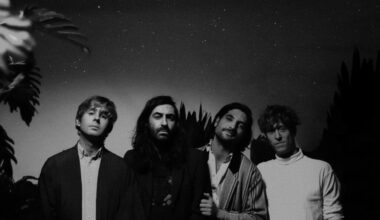