To Live and Shave in L.A. (or TLASILA) stands as one of experimental music’s most vital and perplexing institutions. Formed in Miami Beach, Florida in 1990, the group have issued a challenging catalogue of music intriguingly described by The New York Times as “wildly inaccessible, specializing in garbled, tangled constructions that gesture (violently, if mystifyingly) toward …” The ellipsis is telling, as the group, equally influenced by film, literature, high art and trash culture, remain defiantly uncategorizable, plying a trade “in dense hysterics which stomp on the soft head of obviousness.”

Sage Thrashers, a collaboration between Jamesfromberlin and Dione Loveday, explores the conjunctions of synthesized and concrete sounds, originating from electronic devices, vinyl records, and found objects. Their endeavour into sounds of otherness propelled them into spheres of mimetic transformations constructing soundscapes until the dissolution into noise.

DJ Joke Lanz, born 1965 in Basel, Switzerland. Currently based in Berlin. Joke Lanz is one of the most prolific and profound artists working in the border zones where performance and body art meet Improvisation and Noise. In his Sudden Infant guise, Lanz creates a unique blend of physical sound poetry and epileptic noise bursts, using contact microphones, loops, tapes etc. The result is an extreme form of musique concrète that juxtaposes spasmodic gibbering with a battery of disorienting electronics.

To Live And Shave In LA, Joke Lanz, Sage Thrashers 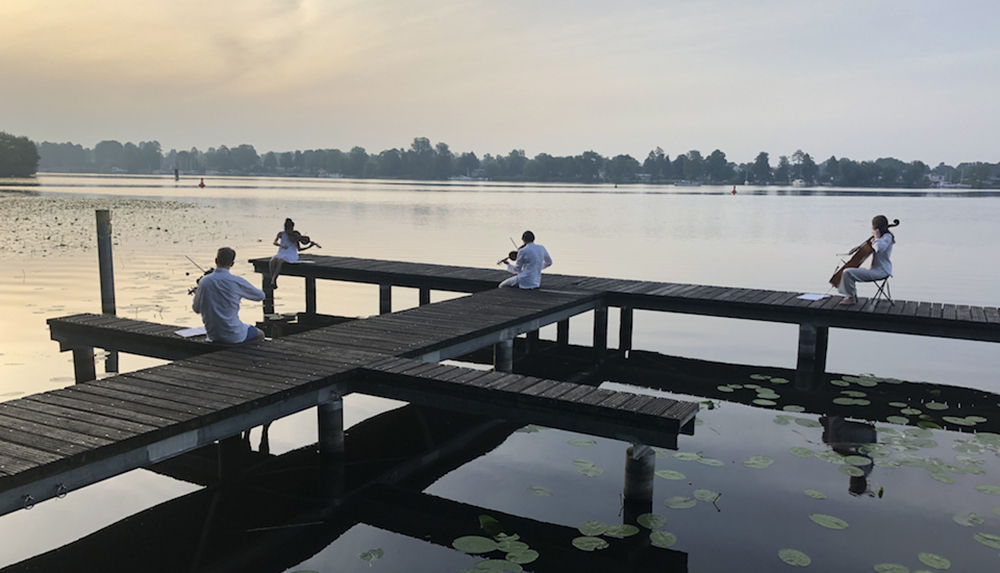