We are happy to present the Berlin based Sound Art label Corvo Records festival, which is making a timeless 10 Festival to celebrate its 10th anniversary. The Festival will have a focus on voice research, graphic notation and re-interpretation of the catalog.

Sound artist Gilles Aubry presents the video “Stonesound”, shot in Moulay Bouchta (Morocco) in collaboration with artist Abdeljalil Saouli, and presented as a locally situated sound manifesto. Aubry will respond to the video with the improvised sound performance “It’s not a hit, it’s a demand” using live electronics. Aubry’s work critically engages with sound, listening, visuality, technology, and environmental voices, examining their relations to power configurations in various contexts. He conducted his research many times in North African, where he found sound checks by local musicians, seismic shocks and records melted by the Sahara sun as sound material.

The Viennese turntablist dieb13 (Dieter Kovacic) receives the commission from the festival to produce an electro-acoustic composition from the entire label catalog on vinyl and the label archive. The stylistic range and instrumentation of the catalog (prepared piano, sound poetry, field recordings, synthesizers, microtonal tuba, feedback, ringtones …) creates a multi-layered work that deals in terms of content and form with the main medium on Corvo Records, the vinyl.

The duo concert by Elena Kakaliagou and Ingrid Schmoliner with the unusual line-up of horn and prepared piano, as well as vocals closes the festival. They reinterpret Greek and Austrian folk songs, moving them from the traditional to the contemporary context. Like migration mixes cultures, the two musicians question affiliation without denying tradition and home. They put spiritual similarities in place of constructed national identities.

Throughout their artistic career, the award-winning Swiss filmmakers Maria Iorio & Raphaël Cuomo have been dealing with migration issues, both in the Mediterranean region and in Central Europe, in particular Italy, Germany and Switzerland. Her current film, Undead Voices instead, which will be shown at the festival for the first time, deals with feminist protest songs from the 1970s in Italy, and their disappearance or decay in the national archives. An artist talk with Maria Iorio, Raphaël Cuomo and Alessandra Eramo follows the film.

For Blind Score Postcards, an audiovisual premiere of compositions and their graphic notation, international artists from the ​​Corvo Records sphere are commissioned to create a graphic notation. These scores are then sent to another artist, who is given the task of interpreting them musically. Eight compositions and their interpretations will be shown at the timeless 10 – Corvo Festival. It will be the first time for those involved to hear their own postcard translated into sound. With Neo Hülcker, Laura Mello, Nicolas Wiese, Audrey Chen, Isabelle Duthoit, Joke Lanz, Martyna Poznanska, Robin Hayward, Korhan Erel, Tony Buck & Magda Maya, Kusum Normoyle, Jonas Kocher, Alessandra Eramo, Vinyl -terror & -horror.

Alessandra Eramo: Tanz Sediment. The vocal work commissioned by Deutschlandfunk Kultur in 2019 focuses on tarantism healing rituals and the female voice. Tarantism is a performative healing ritual, practiced in Puglia in southern Italy until the 1960s to heal the bite of the Tarantula spider, rooted in popular belief as a cause of psycho-physical abnormalities, especially hysteria in women, by means of music and dance.

Corvo Record is a label for sound art and contemporary music that was founded in 2010 in Berlin by the graphic artist Wendelin Büchler and the artist and vocalist Alessandra Eramo. The focus of the label is on the production of VINYL records. 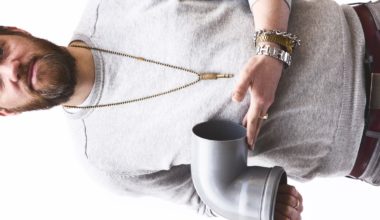