Erik K Skodvin’s feature-length score to Thomas Roth’s thriller Schächten feels like the epitome of all his musical projects, conjuring a dark cinematic trip through 1960’s post-WWII Vienna in a film that touches on topics such as law, justice & revenge.

Working mostly with darkly painted soundscapes through bowed strings, effect-pedals and a varied sound making tools, his music and live performance can be seen as something of a time stopping cinematic experience, embodied by surreal peaks of guitar improvisations, sound effects & low rumbling drones. Working otherwise with soundscapes both for visuals, film and as inspirations for his own record label Miasmah, he attempts to purvey something of a timeless and honest sound, dealing with both the in and outside worlds. 2022 saw the release of the album “Devolving Trust” as well as the soundtrack album “Schächten”. Both on Miasmah recordings. 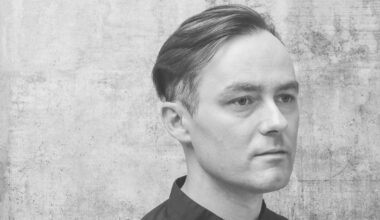