Bibio is the folk-meets-electronica project of self-taught producer/multi-instrumentalist Stephen Wilkinson (born 1978), from England ’s Black Country (aka the West Midland s). As a student of sonic arts at London’s Middlesex University, Wilkinson was first inspired by ’90s electronic acts such as Aphex Twin, Autechre, and especially Boards of Canada, but became equally intrigued by mid-20th century British folk.

What is the biggest inspiration for your music?
The unique palpable atmospheres that different places possess. The mysterious effect that light has on objects. The fathomless capabilities of the human being when used for positive and creative means. Fleeting but profound existential moments.

How and when did you get into making music?
I took a liking to learning melodies by ear on an old bontempi organ in the early 80s, I was born in 1978. Then that progressed through the years. By the age of about 10 I was already into programming weird noises on an FM synthesiser and recording wind and rain out of my bedroom window with a karaoke microphone, so there was a fascination with sound and noise there too.

What are your 5 favourite albums of all time?
Music Has The Right To Children – Boards of Canada
Loveless – My Bloody Valentine
The Hangman’s Beautiful Daughter – The Incredible String Band
Joao Gilberto – Joao Gilberto
Richard D James Album – Aphex Twin

What do you associate with Berlin?
Getting drunk on cocktails, hanging out with Chris Clark and recording silly songs.

What’s your favourite place in your town?
The Combermere Arms (A Pub).

If there was no music in the world, what would you do instead?
Take photographs and make movies.

What was the last record you bought?
Scott Walker – Scott 3

Who would you most like to collaborate with?
Boards of Canada

What was your best gig (as performer or spectator)?
As a spectator – Iron Maiden “Fear of the Dark tour” in 1992 at Birmingham NEC.
As a performer – A DJ set at Magic Mirrors, Nancy, France. It was my first gig abroad and I was really nervous. The crowd were so into it I wanted to carry on beyond my time slot.

How important is technology to your creative process?
Very. But I consider technology to be vast, the wider the palette – the better. It’s not all about the latest invention for me; a cheap dictaphone is as important as a computer. Microphones are important for me, especially because I don’t generate sounds with a computer. I only really use a computer to record and edit. I’m actually craving a simpler set up right now, I’m crammed into a small room surrounded by analogue gear and cables everywhere. I remember a day years ago, it was a hot summer’s day and I felt that being in my studio would be a waste of precious English sunshineÉ so I took my MPC out in the garden with a microphone and started recording rand om things around me. That session turned into the track ‘Dwrcan’. It’s good to get away from indoor clutter sometimes, I often feel inspired when I’m away from my studio, so it’s good to have a recorder or something to hand . I love sitting in the garden with a guitar and a tape recorder.

Do you have siblings and are they proud or jealous of you?
I have a brother and a sister. I’d like to think they’re proud. They’re very different to me, although we’re all quite sentimental and have a taste for nostalgia. I don’t think they’d want to live my lifestyle, so I can’t imagine they’re jealous. The only thing they may envy is that I get out of bed when I choose. 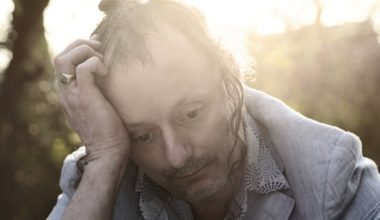 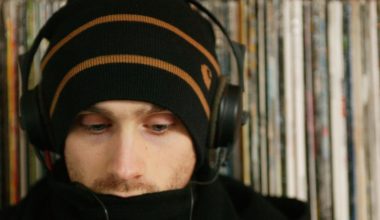