David Tibet (born David Michael Bunting, 5 March 1960) is a British poet and artist who founded the music group Current 93, of which he is the only full-time member. He was given the name “Tibet” by Genesis P-Orridge, and in January 2005 he announced that he would revert to the name David Michael, although he continues to use the well-known “Tibet” in his public career to date. Current 93 is an eclectic British experimental music group, working since the early 1980s in folk-based musical forms. | Interview with David Tibet / Current 93 by Digital in Berlin

“For what is a man profited, if he shall gain the whole world, and lose his own soul? or what shall a man give in exchange for his soul?”
St.Matthew XVI:26 (King James Version)

“The greatest hazard of all, losing ones self, can occur very quietly in the world, as if it were nothing at all. No other loss can occur so quietly; any other loss – an arm, a leg, five dollars, a wife, etc. – is sure to be noticed.”
Soren Kierkegaard | The Sickness Unto Death

Jesus said: “If those who lead you say to you, ‘See, the kingdom is in the sky, ’ then the birds of the sky will precede you. If they say to you, ‘It is in the sea, ’ then the fish will precede you. Rather, the kingdom is inside of you, and it is outside of you. When you come to know yourselves, then you will become known, and you will realize that it is you who are the sons of the living father. But if you will not know yourselves, you dwell in poverty and it is you who are that poverty.”
The Gospel of Thomas: Logion 3

What is the biggest inspiration for your music?
Golgotha, the Second Coming and rushing excitedly to the local beach to have picnics with my Holy Graal.

How and when did you get into making music?
By listening to Uriah Heep, T. Rex, Yes and The Sweet and by reading the New Testament and Aleister Crowley and , after having meditated on their Uttered TRUTHS for 20 years, then making the decision to make an album full of A-sides and Antichrists and B-sides and Beasts “Nature Unveiled”

What are your 5 favourite albums of all time?
In no particular order: Bill Fay with Time of the Last Persecution; Shirley and Dolly Collins with Anthems in Eden; Leonard Cohen | Songs of Leonard Cohen; T. Rex | Greatest Hits; Judas Priest with Nostradamus. And I am giving myself one more: The soundtrack to the film of “Jesus Christ Superstar”

What do you associate with Berlin?
Lesbians and Liquorice, but mainly a Camel meeting a Lamb in a True Fairy Tale.

What’s your favourite place in your town?
Natural: the Sea. Man-made: The Dragon Bar.

If there was no music in the world, what would you do instead?
Grow SunFlowers and Tulips in our Garden.

What was the last record you bought?
Spooky Tooth with Spooky Two.

Who would you most like to collaborate with?
Rob Halford of Judas Priest.

What was your best gig (as performer or spectator)?
I never see my own concerts. Sensational Alex Harvey Band 1974 or Black Sabbath 1975 or Thin Lizzy 1974 or Hawkwind 1974.

How important is technology to your creative process?
Not at all important; I find technology incomprehensible. However I do love Snap.

Do you have siblings and are they proud or jealous of you?
I have a younger brother. I think he is proud of what I do, but I doubt he has any idea of what it actually is that I do.

Sleep Has His House 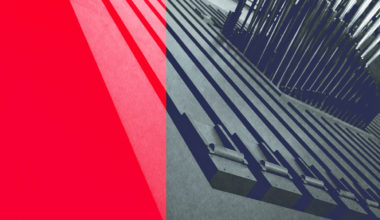 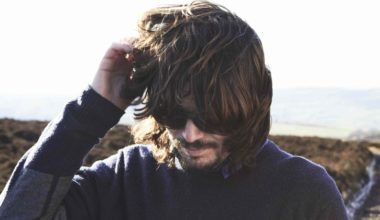