They’re on stage and they’re not leavin’. until the show is over. This will be Sofie’s only show with a full band in a while, before going on tour solo supporting Toro Y Moi. Sofie Fatouretchi Royer is an artist and musician, born in California to Austrian and Iranian parents. Classically trained, she spent her teenage years in Vienna studying concert violin and viola at the Konservatorium; performing with the Junge Philharmonie in the Volksoper, Musikverein, Konzerthaus, and various concert halls.

Areamann is what local person Uri Berger thought to be a good moniker to release music under. Drawing from lo-fi bedroom pop, psychedelia and experimental electronica he recorded an actual full album (of songs!!) revolving around the themes of the challenges of social interaction, delayed gratification, the gifts that 2020 has brought us and the wonderful final years to come. At least the album will be out before their arrival. He is joined by drummer Mats Folkesson (Point No Point, Mary Ocher), Richie Murphy (Michael Knight, Oum Shatt) on keyboard and vocals and Anna Erhard on bass and vocals. 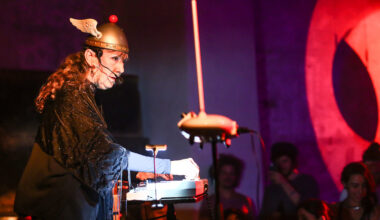 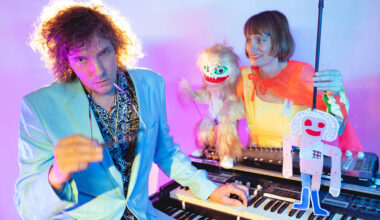