Hailing from North Yorkshire in the UK, Simon Goff is a violinist, composer and Grammy award winning sound engineer.

His work seeks to find space between genres, exploring how the violin can be manipulated and processed to create a unique sound that defies traditional definitions. From his appreciation of process, acoustics and technology he conjures dynamic sonic landscapes where acoustic and electronic sounds meet. His live performances merge these worlds harmoniously and shift effortlessly between intimate fragility to expansive cinematic soundscapes.

Growing up as a violinist performing in concert halls around the north of England, he spent time learning from the legendary session bassist Herbie Flowers (David Bowie, Lou Reed). Now residing in Berlin he has found a home for his curious mind. Here he has worked with some of the world’s most acclaimed musicians as a collaborator and a sound engineer. These include Academy Award winner Hildur Gudnadottir, Johann Johannsson, Peter Broderick (Erased Tapes), Thor Harris (Swans) and Xiu Xiu to name just a few.

Released in April 2021 with Berlin label 7K! his new album Vale has been described as ‘a dazzling exploration of the interface between violin and technology and between the poles of intimacy and grandeur’. It follows on from his 2016 album and project HUE, an immersive installation that blurred the lines between musical space, minimal music and drones, music performance and installation.

Goff has performed across the world as a sought after violinist, everywhere from Funkhaus (Berlin, DE) the South Bank Centre (London, UK), Elbphilharmonie (Hamburg, DE) and CTM Festival (Berlin, De). Alongside head engineer Francesco Donadello, he continues to work as a sound engineer at Vox-Ton studios in Berlin.

2. Time moves faster at the top of a mountain than at the bottom

3. Trees communicate together through sound to share information about where water is

I started playing the violin when I was 8 years old and played in orchestras throughout my school years. Alongside this I was playing bass guitar in bands and making music with my best friend. When I was 16 I had the honour of meeting and being mentored by the great session bassist Herbie Flowers (Lou Reed, David Bowie) – this was when music started to get very serious for me.

There are too many great records to have a definitive top 5 but here are some of my favourites.

Design and build things/spaces – I recently converted my apartment to have more space for my studio and built custom wooden furniture designed for the space. I love this way of maximising space through good design and building things with your own two hands is incredibly rewarding.

As a performer, my most memorable gig was at Arcaoda in Berlin when I performed the music that went on to become ‘Vale’ for the first time. I was opening for Andrea Belfi and it was an incredibly intimate concert. I got lost in the music and when I looked up and the end I found everyone sat on stage with me, right next to me as I performed. There was an electric feeling that night and it inspired a lot to create my own music and performances more and more.

10. How important is technology to your creative process?
Very important. Technology is the extension of humans. My violin is technology. My use of technology varies depending on the music I am making but I like to see it all as an enabler and use it how and when I feel inspired to. 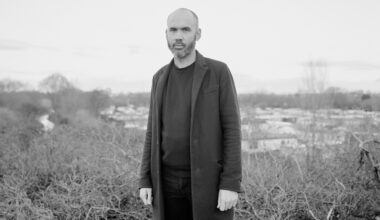 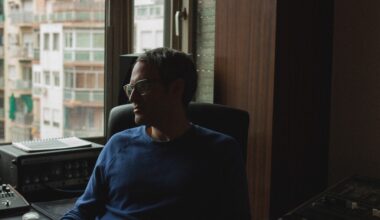