Maxime Denuc (b. 1983) is an electronic music composer. He co-founded Plapla Pinky, a duo noted for their atypical approach to club music, somewhere between rave, baroque and contemporary music. They released several records and were invited to perform at clubs and festivals such as Sonar (ES), Villette Sonique (FR), Club Metro Kyoto (JP), Les Siestes Electroniques (FR) or Today’s Art (NL).

As a solo artist, Maxime Denuc covers a broad musical spectrum: Solarium is an organ-centric venture that relies on the emotional potency of sunrise to spawn an experience that is both musical and social, while NL strives to translate North Sea landscapes into noise. In addition to these activities, he works with performing arts and also devotes himself to research. He graduated in 2019 with a master’s degree from EHESS Paris in “Theories and Practices of Language and Arts”, with a major in music. In 2020, he started a PHD research under the supervision of the musicologist Esteban Buch, seeking to open a reflexion on concerts forms which could erase the borders between musical genres and audiences.

1. “Without Bach, God would be a complete second-rate figure.” Emil Cioran

2. “All I know about method is that when I am not working I sometimes think I know something, but when I am working, it is quite clear I know nothing.” John Cage

3. « I would acknowledge in good faith that I like better what touches me than what surprises me. » François Couperin

I have always been fascinated about seeking forms which cross musical genres. I guess these intentions can be found in all my works, such as my project NL which mixed the harmonies of FM dance music with harsh noise walls, or the Appel EP’s of the duo Plapla Pinky that translated early rave anthems on church organs. In addition, my studies in social sciences about concert forms have improved my approach of live performances a lot and I’m now thinking them as a whole: my last piece, Solarium, is a two-hour organ piece composed to be played at dawn, after a techno night. It was imagined like an environment dedicated to encourage audience crossover, appealing both to dancers wishing to finish the night among the restorative frequencies of the organ, and to an audience waking up to make a different listening experience.

I started to play piano when I was a child but I went into musical composition during my teenage years. I was living in the countryside of south of France and there wasn’t a lot of things to do. Composing music has started like an activity to fight against boredom. What was at first a hobby had taken more and more space in my life, until becoming my principal activity.

That’s a hard question. So, I selected five of my favourites pieces (in no particular order):

Berlin seems to be a perfect place to experiment new forms of musical events, one of the principal targets of my current researches. The city seems to have an open-minded audience who is used to listen a lot of different music, and can jump easily from a genre to another. Places like Radial System or the festival MaerzMusic have explored these directions for years.

I come from south of France, but I’m living in Brussels for a long time. My favourite place is a bar in the rue de Flandres. The Daringman (also know as “Chez Martine”, the name of the owner), a place where you can work, discuss, party sometimes and meet a lot of different people.

That’s a strange question. I have never thought about this possibility.

I don’t buy a lot of records but I think the last was a recording of the gambist François Joubert-Caillet and his ensemble l’Achéron, who purpose a magnificent version of Marin Marais’s pièces de viole.

During the last years, I collaborated with a lot of artists from different disciplines. I’m focused on my own projects right now, so I don’t really know who I would like to collaborate with. Nevertheless, I would be interested to observe artists working in their studios, especially some electronics pioneers like Karlheinz Stockhausen, Autechre or Aphex Twin.

I remember a super gig in Portugal with our duo Plapla Pinky. In these times, the project was really young and nobody knew really our music. However, some students of the Coimbra University discovered it on the internet and invited us to their festival. They welcomed us very well and made us play on the biggest scene in front of two thousand of people. We weren’t prepared.

I’m interested in how the technology allows you to think of new composition processes. I often compose with my own programs in Max/Msp. In this moment, I’m working on a new record for the Belgian label Vlek, using a midi-controlled church organ. Technology allows me to find new ways to approach the instrument, and gives me the possibility to produce a hybrid musical form, neither really electronic nor acoustic.

I don’t come from an artistic family and I think they are not really touched by my work. However, if we don’t talk so much about art, they always supported me to do what I want, which was a great chance. 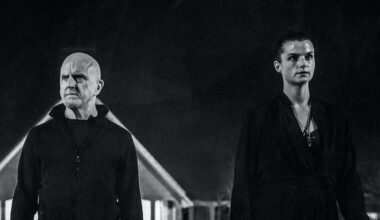 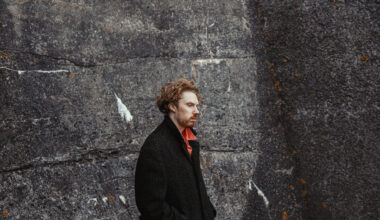