At the end of March we will present Béla Tarr’s cinematic masterpiece Sátántangó as intended, without breaks or intermission, in the new digitally remastered 4K version. Together with original composer and lead actor Mihály Víg, nine composers, specially commissioned to reimagine the cinematic score of the 7-hour magnum opus, will perform it live in the 1600 qm concrete hall of a former crematorium in Berlin.

Susan Sontag once proclaimed that she would be “glad to see it every year for the rest of [her] life”.

Sátántangó is being restored in 4K from the original 35mm camera negative. The seldom screened, absurdist dystopia is based on a novel by László Krasznahorkai, considered to be the most important living Hungarian author and is the first one to received the Man Booker International Prize. Divided into 12 distinct episodes, Sátántangó weaves in and out of the lives of the locals as the silver-tongued Irimiás promises a bright future in a new promised land.

The premiere will take place over two screenings on Friday, 31.3 and Saturday, 1.4.2023 in front of an intimate audience of 300. Sátántangó will be shown with English subtitles. Given the limited capacity of each screening, we recommend purchasing tickets in advance to secure your attendance. The full line-up of composers will be announced by the end of January. 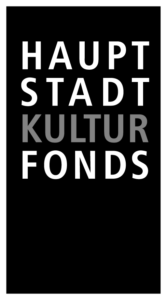 On Friday, 31.3 and Saturday, 1.4.2023 we will present Béla Tarr’s magnum opus Sátántangó as intended, without intermission, in the new digitally remastered 4K version. 9 composers, specially commissioned to reimagine the cinematic score of the seven hour masterpiece, will perform it live. Sátántangó live is a project by Digital in Berlin. Curated by Michael Rosen and funded by Capital Cultural Fund | Hauptstadtkulturfonds. Presented by The Wire and taz, die tageszeitung. With the friendly support of Collegium Hungaricum Berlin and MUBI.

A virtuoso of the traditional Japanese zither known as koto, Michiyo Yagi has devoted much of her career…
0 Shares
0
0
Back to top
Manage Cookie Consent
We use cookies to optimize our website and our service.
Manage options Manage services Manage vendors Read more about these purposes
View preferences
{title} {title} {title}
×