Re-appropriating the term “Off Label Use” – which actually means: using prescription drugs in ways that aren’t mentioned on the instruction leaflet – in their own “off-label” way, Saroos never sounded more loose-limbed and elastic. Whereas the trio’s earlier releases were rather conceptual and homogenous, “OLU” indeed has a more loose, spur-of-the-moment feel, a spontaneous force at its core. Checking the weighty sci-fi inspirations at the door, they use that Bomb Shelter-type of freedom to reinvent themselves at every turn, chasing sounds that happened to emerge in the group’s triangular energy field

Eilis Frawley combines direct and unforgiving spoken word amidst kraut-like rhythms. With a focus on social structures, feminism, and mental health, she speaks truth to creative insecurities, personal tragedies, and the impacts of living abroad. In 2019 Frawley’s solo project debuted with multiple tours in Germany, the UK and Australia. Her first two EP’s, “Never Too Emotional”, and “Adult Life’ were released via Reckless Yes records in 2020. Eilis Frawley is a classically trained percussionist from the Elder Conservatorium of Music in Adelaide, Australia. She spent a number of years in Seoul, South Korea, where she played in various bands before relocating to Berlin in 2016. 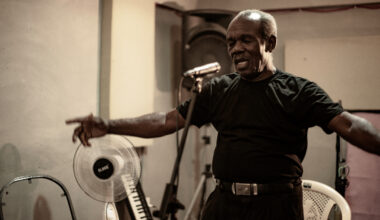 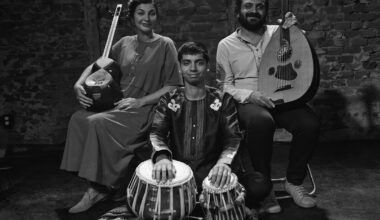