Rolf Hansen and The Karmic Laws at Galiläakirche / Saturday 11.06.2022

Ahead of his new album Tableau on Karaoke Kalk, Rolf Hansen joins D/B editor Dirk Markham and Erfurt based animator Marcus Gryszock for a quality double bill at the Galiläakirche in Friedrichshain this June.

»Tableau« is Rolf Hansen’s second full-length album under his given name and acts as a sequel to his solo debut »Elektrisk Guitar«, released in 2019 through Karaoke Kalk. On the 14 new pieces, the Copenhagen-based composer and musician further explores the sonic possibilities of the electric guitar by opting for a radically different approach and putting great limitations on himself as a performer. »Tableau« is an experimental record in the truest sense of the word, eschewing conventional modes of playing the instrument and instead turning the guitar into a sound source for compositions that are at once abstract and concrete.

The Karmic Laws is an original collaborative audio-visual performance between Erfurt based animator and film maker Marcus Gryszock and Dirk Markham, a Scottish musician resident in Berlin since 2005. The 2 artists have worked together on various projects such as videos, workshops and live shows since 2008.

For The Karmic Laws Gryszock presents visuals in a form not usually associated with live performance, namely stop-motion animation. This gives audience member a rare chance to see behind the scenes of such a laborious process, while the moving image is constantly looped and seen to develop before your very eyes. The soundtrack is provided by Markham who also uses a strictly real-time process with no parts prepared in advance. All loops and samples are created from scratch in the moment and layered to create an evocative soundscape of ambient drones resulting in an instant composition. 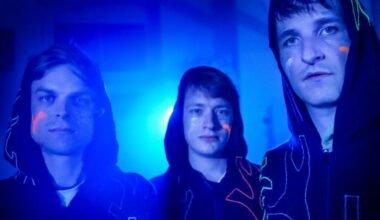 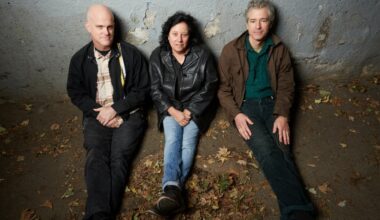