Raster. Alphabet is a new bi-monthly event series in collaboration with RSO.Berlin. Every two months raster will curate a lineup of live A/V shows dedicated to the ABC. The series is meant to be an experimental contribution to the vibrant Berlin club scene.

At the age of nine, Clark played violin in an orchestra in St Albans – not that he was too keen at the time, he admits. Folk violin? Yes, he enjoyed that (although Clark’s teachers were somewhat scornful). But classical music? When there was Public Enemy, Prince or Metallica to listen to? It just felt, says Clark, kind of “inappropriate”. And yet, a seed had been planted. One that would take a while to germinate. “I do remember thinking, ‘I’ll put this on hold for a bit and come back to it later’,” Clark recalls. In the three decades since, he has taken us on a series of intensive sonic odysseys, characterised by an unquenchable personal ambition to keep on climbing. From his 2001 debut, Clarence Park, onwards, there has been no template. You will encounter glowering techno and brittle, ghostly piano pieces; eerie, fluttering folktronics and found sounds – each time, something new, something unexpected.

SloMo A/V is the meeting of DJ and producer Chloé Thévenin, who works in the studio to build soundscapes (as four albums and many soundtracks can testify), Dune Lunel, Paris-based art director, who has worked in the cultural field for over twenty years (her studio has produced many visual identities, with dynamic links between image and text), and Adrien Godin, a young artist from ECV Digital in Paris (Visual Communication school) who works as an art director and graphic designer.

For more than a decade Alexander Dorn has shaken electronic sounds, stirring shapes and forms as Credit 00 that adhere to few genre tags. Being sonically socialized through Hip Hop in the 1990s, Graffiti and Breakdance were the first outlets for his creativity, music dominating his daily life since a young age. It was through Hip Hop Culture that he realised that you don’t need a degree or know how to play an instrument to create your own music. 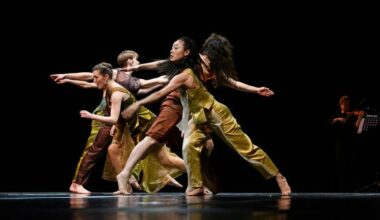 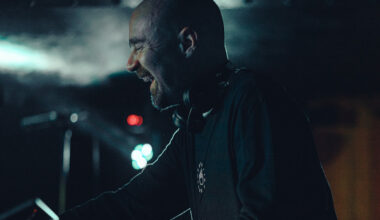