As a DJ, Andy Carthy aka Mr. Scruff plays across the board, flitting between soul, funk, hip hop, jazz, reggae, latin, african, ska, disco, house, funk, breaks, soundtracks and loads more. As a producer he makes music that draws on these influences, with a large dose of cheek and good humour. His cartoon drawings illustrate gig flyers, record sleeves and CD covers, and usually accompany him at gigs as live animated visuals.

Andrew Carthy (born 10 February 1972), better known by his stage name Mr. Scruff, is an English record producer and DJ. He lives in Stretford, Greater Manchester and studied fine art at the Psalter Lane campus of Sheffield Hallam University. Before he could make a living from his music alone, he worked as a shelf stocker in the Hazel Grove branch of Kwik Save.

His stage name was inspired by his scruffy facial hair as well as his trademark loose-lined drawing style. He has been DJing since 1992, at first in and around Manchester then nationwide. He is known for DJing in marathon sets (often exceeding six hours), his eclectic musical taste, his love of a “nice cup of tea”, and the quirky home-produced visuals and animations associated with his music. In an interview he said: “It’s about putting a lot of effort in and paying attention to detail. I get annoyed if I don’t take risks. I’m very hard on myself.” 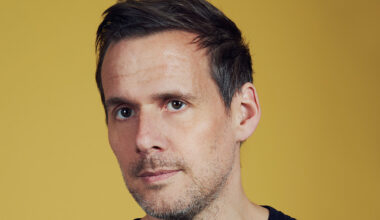 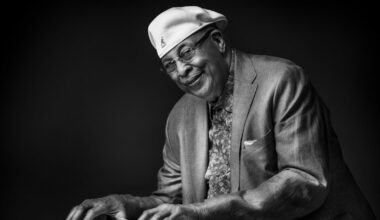