Post- is a new project for solo piano and live processing that is a collaboration between Jerome Begin and David Friend. The project is a creative sonic exploration of aesthetic grey areas where human, acoustic elements and electronic, processed elements interact and overlap in hard to define, disorienting ways. Released as an album on New Amsterdam Records in March 2022, it is also a live performance piece that blends elements of solo piano music and chamber music, classical music and electronic music, the physically visceral and the disembodied. Begin and Friend are both based in NYC.

1. War is not healthy for children and other living things.

3. You can donate to the Ukrainian Red Cross here: https://redcross.org.ua/en/donate/

Music is a way of creating radically direct communication between people, which is pretty inspiring. Often, opening up this portal of communication works best when exploring new ideas, sounds, or processes.

Both of us played piano from a young age, although David went the conventional conservatory-training path earlier on. Both of us eventually found our way to the nebulous world of classically-adjacent, experimental music. Jerome works more often as a composer/generative artist, whereas David works more often as a performer. Neither of us come from professional musician families or grew up immersed in a professional music scene – this outsider perspective is probably still with us and is one of the things that has helped us chart our own highly individual paths through music.

There are a lot to pick from in NYC! 24-hour diners full of happy drunk people after a night out, Jacob Riis (the Queer beach), the Heather Garden in Fort Tryon Park, the moment in a NYC protest when the crowd takes over the street and the frantic mechanics of the city suddenly stand still. And then there are the unique performance spaces like the Park Avenue Armory, St. Mark’s Church, Le Poisson Rouge – not to mention timeless marvels like the pristine acoustics of Carnegie Hall.

What a difficult thing to imagine. If music didn’t exist, wouldn’t the human condition demand its creation? Well, David’s a bit of a rabble-rouser and would probably be a full-time activist or lawyer or something along those lines. Jerome would be a lighting designer or an architect.

For David, a ticket to the Holland Andrews + Darian Donovan Thomas + Methods Body at Ecstatic Music.
For Jerome, a ticket to Sandbox Percussion playing Andy Akiho’s Seven Pillars (check out the record!). Live music is BACK!

We recently performed Post- at Constellation in Chicago for Peter Margasak’s Frequency Series. The brilliant Nick Photinos played an opening set. A lot of musicians who we highly respect came to the show and responded really well. The excellent sound system allowed us to find new pathways that we hadn’t explored previously. The piano sounded great. The audience was rapt. The stars really aligned and it just felt right.

It depends on the project, but as digital technology becomes more and more enmeshed into our daily lives, it’s increasingly difficult to draw a hard line between ‘technology’ and everything else. Perhaps that line was always a myth anyway? That being said, in terms of electronic music technology (DAWs, computers, analog gear, etc.), for Jerome it is heavily involved not only in the compositional process, but also as part of the final product. He is interested in the explicit use of electronic augmentation and manipulation to create the sound worlds he develops. These systems in turn influence the music he writes, which influences the technological aspects, which influence the music…

We both come from big families and have siblings. Our families are supportive, but the exact contours of our careers creating what is often rather unusual music are ultimately pretty mysterious to them! 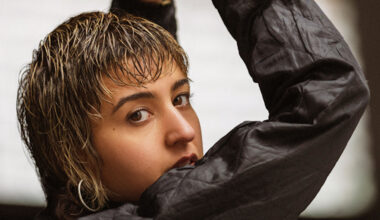 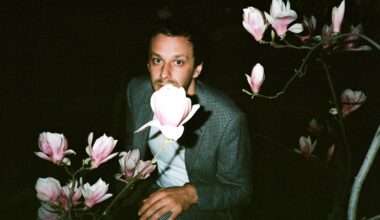