Pedro Oliveira is a Brazilian sound artist and researcher whose work investigates the relationship between listening, colonial violence, and borders. His current project “DESMONTE (To Become Undone)” is a performance for synthesizer and recorded voice on the use of so-called “dialect recognition technology” in asylum procedures in Germany. Focusing on improvisation, repetition, and the materiality of sound, his approach misuses lo-fi spectral techniques to disarticulate the alleged symmetry between voice and body (as language and origin) enforced by the European border.

Pedro is a Postdoctoral Fellow at the Helsinki Collegium for Advanced Studies. He also makes weird dub as OLVRA.

Pedro will perform on Sunday, the 28th at Taking Things Apart, a three day micro-festival around sonic practices and scores on at ausland in Berlin.

1: Listening is a political act

3: Being human is a praxis

1. What is the biggest inspiration for your music?
A lot of my practice comes from reading and engaging with theory. So I can say that I am constantly inspired by the words of others. Not so much in a sense that I try to translate them into music; rather, it’s more like something gestural. They inform how my body should move so that thoughts flow into sound.

2. How and when did you get into making music?
I cannot remember not being into sound, caught somewhere between stealing my father’s dictaphone and recording things around the house, or making mixtapes out of my mother’s record collection. When I was thirteen I decided to pick up the guitar to play metal riffs, but despite that formality my curiosity towards sound did not begin there – it was always something unstoppable, and probably will never stop.

3. What are 5 of your favourite albums of all time?
Miles Davis – In a Silent Way
Portishead – Roseland NYC Live
Pink Floyd – Meddle
CAN – Future Days
Talk Talk – Spirit of Eden

4. What do you associate with Berlin?
When I was fourteen I watched Lola Rennt and back then the thought that one day I would be moving to Berlin and call it “home” was so distant from my reality that to this day I think I still see Berlin like Lola does: as if caught in a loop.

5. What’s your favourite place in your town?
that little underground passage in Messe Nord/ICC that looks straight out of a Lynch movie.

6. If there was no music in the world, what would you do instead?
organize sounds in interesting ways.

8. Who would you most like to collaborate with?
any of the Coltranes, living or deceased.

9. What was your best gig (as performer or spectator)?
As a performer the best concert is always the next one. As audience I’ll have to go with A Silver Mt. Zion at the Volksbühne in Berlin, 2014.

10. How important is technology to your creative process?
A lot of my research and practice is based on a critical approach to technology, while understanding that technology is both a political tool and an expression of a specific political orientation towards re-making the “human”. So for me “technology,” broadly defined, is a site of struggle.

11. Do you have siblings and how do they feel about your career/art?
I asked my brother and he said “I believe your artistic work is very relevant.” 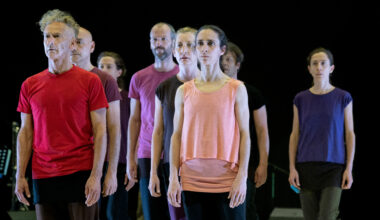 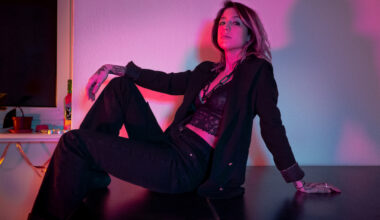