DRIVE. Volkswagen Group Forum is continuing the successful concert series NEUE MEISTER for the eighth time. The concerts pick up on progressive streams in classical music and provide insights into current music trends. On June 26, 2018, DRIVE – in cooperation with the Deutsche Kammerorchester Berlin (DKO) and the NEUE MEISTER label – will be showcasing representatives of this special genre that seamlessly ties together classical, electro and pop music.

The eighth edition of the NEUE MEISTER concert series will be bringing representatives of the modern classical genre to the DRIVE stage. Attracting new, urban audiences, the Berlin concert series demonstrates how multifaceted today’s classical music can be. A number of the genre’s promising artists will be appearing on the stage.

Moritz von Oswald, the legendary pioneer and central figure of Berlin’s techno scene, will be presenting his spectral composition “Metameric 1.1”, featuring the sounds of the modern world. Gabriel Prokofiev, forerunner of the newly defined classical music, will be performing his piece “Terra Incognita” and breaking down the borders between Russian classical and dark electro.

Avant-gardist Ralf Schmid fuses technology and music. The NEUE MEISTER evening in Berlin will be the premiere of his piece “Aira & Everything in Its Right Place”, which will be performed for the first time using the high-tech musical gloves developed by Imogen Heap.

In the composition “Union & Fall” from their new album “WÆNDE”, the musical duo CEEYS focuses on childhood memories and the history of Berlin, while their piano and cello sounds meld into expressive rhythms. 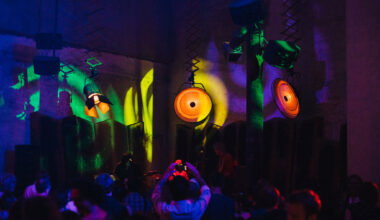