Nanook Of the North

Nanook of the North is back with their second album, following the enthusiastically received 2018 debut „Nanook of the North,“ (Denovali) The duo of a composer and violinist Stefan Wesołowski and electronic producer Piotr Kaliński were acclaimed by Boiler Room, The Wire or NPR. Bob Boilen of Tiny Desk Concerts called Nanook of the North‘s performance at the famous SXSW Festival in Austin, US „one of the wow moments of SXSW“.

Their new material is a raw and minimalist sonic landscape, practically devoid of percussive elements but featuring vocals by an acclaimed mezzo-soprano Margarita Slepakova. As with the debut, the music on „Heide“ is rooted in nature and its primordiality. The title of the album alludes to wildness and untamedness, and the material was recorded last winter in a village located in the middle of forests in the northern Poland, which is clearly felt in the atmosphere of the 9 new tracks on „Heide“.

Denovali · Nanook Of The North – Heide

2. Stefan: Jesus loves us all.

Piotr: Our new album – “Heide” – was recorded in the forest in the
middle of lockdown. It’s our pandemic diary.

Piotr: Fuck Putin, Schröder and Nord Stream. Germany, wake up! We have to help Ukraine, not only with words and statements. War is real. Evil is real. It’s just around the corner… This is not a regional conflict, or some mess between US and Russia. This is self-defence war with a terrorist state. Please don’t support UNICEF or International Red Cross – donate directly Ukrainian NGOs. Thank you!

Stefan: If we’re talking about the music of Nanook of the North, the main and common inspiration for us would be the nature. But I think it’s important for our duo that it contains two different guys with many different backgrounds and inspirations.

Piotr: Timeless music. Music with timeless quality as if it had existed forever. For example, you can find it in “The Beatles: Get Back” by Peter Jackson. So fresh, so good, so powerful… like it was recorded a few days ago. Not in 1969! But my personal heroes are Mark Ernestus with Moritz von Oswald, and Robert Brylewski – in my opinion the greatest Polish musician and producer.

Stefan: I grew up in musical family, all of my older brothers were musicians, my uncle was the author of the theory of music textbook, still used in every Polish music school. For me it was natural environment, doing something else than music would be something strange.
So I went to music school, learned violin playing. When I was 16, my friend and priest asked me to compose a liturgical song for a choir. He gave me an old christian poetry from Patres Ecclesiae and this how I started composing.

Piotr: I grew up almost without music. But watching MTV in early 90s was a huge impact in post-soviet Poland. Björk, Nirvana, Gallagher brothers, hip-hop or UK rave stuff. Mind blowing. Later I was buying a lot of jazz and dub tapes. At the same time I was really into
early music production software. For me, PC or video games were super boring – but making loops on prehistoric DAWs was really exciting. Same with guitar connected to microphone input in Sound Blaster sound card. 25 years later… I’m sitting in front of
computer with DAW and playing guitar connected to some analog toys.

Piotr: 1/ Satoshi Ashikawa “Still Way” 2/ Ksiezyc “Ksiezyc” 3/ Rhythm and Sound “With The Artists” 4/ Atman “Soundreams” 5/ Boards of Canada “In a Beautiful Place Out in the Country”

Piotr: Oliwa forests (Polish: Lasy Oliwskie) is a forest located in the southern part of the Tricity Landscape Park in Gdansk. Yes, we have huge and wild forest in the middle of the city. Just next to the beach. Nice, isn’t it?

Stefan: Maybe I would be a farmer. Or an inventor of the music.

Piotr: My second biggest passion after music is Japanese and Korean cousine – so maybe a chef? The third is history and travels. I can imagine myself in old age as a tour guide or book writer.

Piotr: Mabe Fratti and ConcepciÛn Huerta “Estatica”. A-m-a-z-i-n-g record from Mexico. Trust me. Check it out!

Stefan: Hmm, RZA would be great.

Stefan: 2014, Off Festival in Katowice, I performed my album “Liebestod”. Absolutely unreal experience. Hundreds of people laying down with closed eyes, and a smooth wind moving trees around.

Piotr: To be honest I’m not a huge fan of live performances. I prefer records. Same with my own music. I’m a musician, producer and mix engineer at the same time, so all technical details are very
important to me. But I remember playing at festival in Latvia – many years ago – in the middle of the forest, with many people lying on the ground in sleeping bags, listening to my 2h long set, maybe
sleeping a bit at the same time? It was very interesting experience. Like a dream. But I remember the worst one. I’m a huge My Bloody Valentine fan. Huge inspiration. We were sharing stage with Kevin Shields, it was
great to meet him (such a lovely guy!), talk a little bit and so on… But the gig was horrible. Super bad sound quality and no energy at all. Sometimes is better not to see your idols playing live.

Stefan: I would say technology is necessary evil for me. I hate using it, but I just have to.

Piotr: Creating my music is engineering. So I’m the technology person as fuck. But I try to make it simple and minimalistic. I don’t really care about analog vs. digital, modular synthesis, updates in Ableton Live or new Elektron boxes. Just give 8 tracks, 20 samples and simple software or very basic hardware. That’s my kingdom. Limitation is inspiration.

Stefan: Yeah, I have a lot of brothers and sisters. One of my brothers died last year in glider crash. He was a violin maker and a violinist, like me. We all are very different but very close at the same time. We’re very supportive but sometimes tough to each other.

Piotr: Yes, but they are totally not music-related people. Just like my all family is. So I don’t really talk about music with them. Actually I don’t talk about my music with many people, for me making music is like talking, eating or breathing. Very natural and necessary. 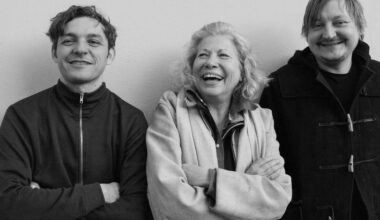 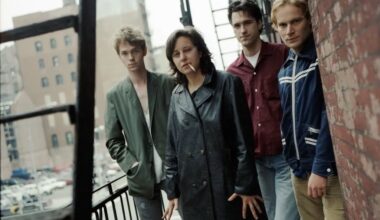