As part of the clubs 4th anniversary celebrations Gretchen hosts an action packed Friday night with resident DJs Delfonic and Soulmind plus special live sets by Mouse on Mars and Rone.

Mouse on Mars is one of the few electronic bands to stand the test of time. Constantly reinventing themselves, they have taken electronica to new heights with a unique blend of sound annihilation, fragmented melodies and an impassioned hatred of conformity. For nearly two deacades, Andi Toma and Jan St. Werner have sweated over burning consoles to create a new musical language, only to twist it again into thousands of myriad distortions.

Andi Toma and Jan St. Werner collaborated with The Fall’s Mark E. Smith as Von Südenfed and released Tromatic Reflexxions on Domino in 2007. Both Toma and St. Werner produce independently for their Sonig label. St. Werner has worked on solo records under several monikers, written pieces for acoustic instrumentation and electronics, did music for installations, and acted as the artistic director of the Amsterdam Institute for Electronic Music, STEIM. His blog fantastic analysis is updated regularly. Toma has produced Moondog, Stereolab, Junior Boys and The Fall, amongst others.

One of their most recent projects Paeanumnion has been as unique as the rest of their career – an orchestral piece which didn’t play by any of the rules. As St. Werner said, “it was a way for us to carry on being an electronic band, only without electronics”. As ever, he was not being entirely serious. Both Jan and Andi were on stage throughout this hour-long voyage, playing their own digitally-crafted sounds and processing the orchestra at the same time. For this event Mouse on Mars have created their own musical software which they also used for the production of Parastrophics.

Despite the many years still ahead of him, Rone (otherwise known as Erwan Castex) has already come a long way, being one of the most acclaimed young French musicians (he’s just turned 32) on the electronic scene. After passing his Baccalauréat, Erwan was not too sure what he wanted to do for the rest of his life and took up film studies at university. He looks back fondly on this most formative period but, when not in lectures, he would assiduously cultivate his prime passion: music.

After obtaining his MA, he started working on film shoots in various roles (including assistant director, production coordinator and set decorator) while continuing to make music in his spare time. And then one day – InFiné – spotted some of his tracks on the web (Bora in particular, which was featured on Agoria’s At The Controls mix) and got in touch with him. From then on, things went very fast: he released his debut EP (2008), performed his first live show at the Rex Club and released his first critically-acclaimed album, Spanish Breakfast, in 2009. Rone’s career had just taken off. 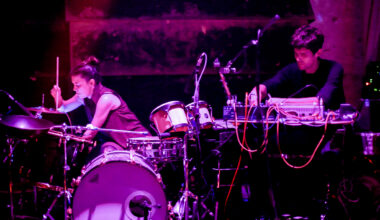