Known as a pioneering early synthesist and teacher of electronic music, over the past four decades Miguel Noya has contributed greatly to the cultural landscape of Venezuela, and yet his music has been largely under heard outside his homeland. Noya is a graduate of both Berklee College of Music and MIT (major in Electronic Music and Digital Sound Synthesis), and holder of a Masters Degree in Music from Universidad Simon Bolivar, Venezuela. He maintained a teaching position in Caracas throughout this period.

His transcendental, deeply intellectual take on MIDI sequencing represents a fiercely singular approach that imbibed the ’80s Western world’s then-burgeoning, ambient-electronic scene with a unique environmental gravitas and vibrant tropical color. His delicate ambient sound functioned as a sonic antidote to the hyperinflation, riots and corruption in ’80s Venezuela, with Noya describing the difficulty of producing “ambient or beautiful aesthetics within such trying psychological and social environments.” In 2020, he released ‘Canciónes Intactas’, on 2xLP compilation of this work via Phantom Limb. Canciónes Intactas is a collection of tracks from across Noya’s career, which were previously limited to short-run, private releases.

2: We are biological entities (bodies) in a larger one we call earth, which is a complex biological body contained in infinite, physical manifestations of consciousness.

1. What is the biggest inspiration for your music?
Inspiration to bring music alive in my case comes from different sources. If I summarise them, I could use the following keywords: non-ordinary state of reality, human body-human mind, science, technology, natural landscapes, shamanism, the heart and emotions, consciousness, the power of imagination, and overall beauty.

2. How and when did you get into making music?
I Began approaching music by listening to my grandfather play the piano. I began attending conservatory at age 7. Then in my teens (15 – 17), I started experimenting with electric guitar and sound processing using reel-to-reel tape machines and composing for acoustic guitar and piano. The first synthesizer brought, at once, a set of totally electronically generated pieces (1976). Since then, was all a matter of learning and growing by studying at school and exposing myself to the many artists and music coming from everywhere.

4. What do you associate with Berlin?
The wide expression of the intensity of life with all contradictions and the process of getting to know why we are here. The power of history, art, music, and science.

5. What’s your favourite place in your town?
All the places where trees live. The forests in the mountains.

6. If there was no music in the world, what would you do instead?
Astrophysics, writing, poetry, film, and alchemy.

7. What was the last record/music you bought?
‘Come to Daddy’ by Aphex Twin.

8. Who would you most like to collaborate with?
There are many, many ones. I have always been curious about seeing what comes out of collaborating with other artists. Personally, it is the best process for learning. Some years ago I decided to stop working solo and began to participate in collaborations.

9. What was your best gig (as performer or spectator)?
As performer:

An online, interactive, live, electronic music improvisation I called “Netloops”. This concert design used the internet to perform in real-time from 2 different locations. First location Caracas from the stage of “Sala de Conciertos” del Ateneo. Second location, San Francisco at the “New Dog Music Studio,” where my partner Paul Godwin and his assistant Tom Koch were located. Netloops worked by me playing and creating live electronic music from my DAW and transmitting the resulting audio signals to Paul at his studio. Then he would play and react to what he would receive, then he transmitted his sound results to me, and my advisor Wyzton Borrero, creating a loop of sounds and data coming and going. This event was live to an audience of 300 people gathered at the concert hall that would listen to a mix of all that was created and transmitted in real-time through a stereo PA system. The webcast was open and I think around 13 people could reach it. This was part of the Festival “La Otra Música”. We managed to do a 45 minute concert using an experimental platform (CoolTalk). On dial up connection. This was Oct. 1996.

From other artists, I would say:

10. How important is technology to your creative process?
Technology has been part of my conceptual base for developing art. Not only as a user/researcher but also by exploring the ideas around the effects of technology on our bodies, nature, and society. I am a curious creative unit with some training in composition taken by alternative rock culture and electronic music from the 60s and 70s, which took me out to a more interesting universe of exploration.

11. Do you have siblings and how do they feel about your career/art?
I have three brothers and three sisters. My older brother, Francisco, is an established orchestra conductor and teacher in Boston. We share a musical taste that embraces the classics but also the experimental. We hold intense conversations about music, aesthetics, and neo-empirical philosophy. The rest of the family is a very close one and is very supportive of the experiments I do. 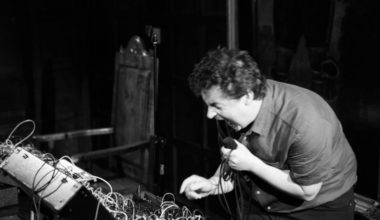 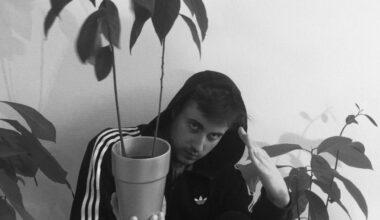