The edgy synth pop and art-rock music of Finlay Shakespeare is an homage to the likes of Depeche Mode and the Human League, melded into Talking Heads style art-pop records. After an array of releases under the moniker Future Image – his new material adds vocals and a decidedly more pop edge. You can catch Finlay Shakespeare perform from his 2019 debut album ‘Domestic Economy’ (Editions Mego) at July’s Kiezsalon.

2: Bill Nelson is incredibly under-appreciated as an artist and musician.

3: The nuance exciter is the holy grail of studio outboard processing equipment.

1. What is the biggest inspiration for your music?
My parents’ record collection. This is where everything began. I’d spend hours as a small child trawling through it, and I think it gave me the ears I have today. The CD player at home was one of the first things I learnt to use as a kid.

2. How and when did you get into making music?
I took up piano lessons when I was 4, and everything went from there, really. As I grew up, I started using the family computer to download bits of synthesizer software, and eventually managed to save up enough money to start buying cheap synthesizers. The whole “virtual analogue” movement was really booming then – equipment designers and manufacturers had realised that their gear from 20 years back was now really sought after, so they were trying to emulate a lot of that with digital means. The emulations don’t really come close a lot of the time, but it gave me a way to really explore sound synthesis in a tactile manner, rather than clicking a mouse.

3. What are 5 of your favourite albums of all time?
Right now…
Jean-Michel Jarre – Equinoxe
The Human League – Travelogue
Autechre – Untilted
Empress Of – Me
Dopplereffekt – Gesamtkunstwerk
…but it’s likely to be a different story next month.

4. What do you associate with Berlin?
An immense depth of history over its last century and beyond. Berlin really is a testament to how things can go very wrong, at least politcally, and how the common people can bring about real change, particularly with the fall of the wall. I always enjoy visiting Berlin – our annual trip to SuperBooth with Future Sound Systems never fails to be great – and I’m glad the performance at the Musikbrauerei makes up for SuperBooth being cancelled this year.

5. What’s your favourite place in your town?
Perhaps presumably, Schneider’s Laden and Patch Point are great little synthesizer stores, internationally renowned, and are always on the list whenever I visit Berlin. If we’re over for SuperBooth, we always end up at Datscha in Friedrichshain for food…

6. If there was no music in the world, what would you do instead?
I’d probably be a video engineer, yearning for the return of film.

7. What was the last record/music you bought?
I’ve recently been grabbing all the GRM stuff – both the Recollection GRM and Portraits GRM (sub-) labels that Peter Rehberg at Editions Mego has set-up in collaboration with Christian Zanési and François Bonnet at GRM. I missed out on most of the Recollection stuff the first time around due to being a cash-strapped student, and I’m really glad Peter’s having some of the more essential records repressed.

8. Who would you most like to collaborate with?
Anyone who’s interested in going about things differently and is up for a laugh really… I feel incredibly lucky to have worked with many of my heroes through the Moog Sound Lab UK and, contrary to how the saying goes, the people I’ve met through the Moog studio are all lovely, friendly human beings. I have Paul Smith and Tony Myatt to thank for that, and in fact, they’re two of the people I’d like to actually get into a studio properly.

9. What was your best gig (as performer or spectator)?
The few solo shows I’ve played outside of the UK have been absolutely incredible – crowds that just want to dance and have a good time are the best. Back home, perhaps the wildest show I’ve been involved in was when we had the Moog Sound Lab UK onstage with Suicide for their final show at the Barbican. People were stood, jumping on the concert hall chairs, it was really crazy!

As a spectator, there are too many great gigs to choose a winner… Severed Heads + Crash Course in Science at the Oedipus Brewery in Amsterdam was an unforgettable night for sure. Excellent music coupled with the best beer I know of.

10. How important is technology to your creative process?
It’s important as far as electronic music technology being a necessity for synthesizers to exist… but otherwise I’m unsure. My studio is certainly not up-to-date with the latest recording equipment or software, and in some cases, I’ve even pondered recording to tape. However, the frustrations of analog media and the ease of computer editing keep me locked into recording digitally for now. More recently, I find myself building the majority of the equipment I use by hand and, at least in a technical sense, I feel that this gives me an upper-hand in using that equipment as I have a better idea of what’s going on inside the box. This doesn’t necessarily equate to being musically useful though!

11. Do you have siblings and how do they feel about your career/art?
I don’t have siblings, sadly! However, I think my friends see it as simply another thing that I do. I’ve been making music and building equipment in some capacity for more than half my life now – it’s quite a scary thing to realise!

After an unimaginable start to the year, Kiezsalon is back. The season begins with the Berlin premiere of Venezuelan electronica pioneer Miguel Noya and Bristol synth builder Finlay Shakespeare. 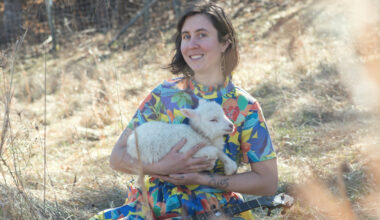 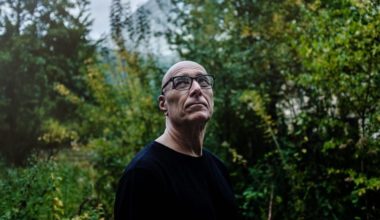