Active as an engineer, producer, and musician across four decades, Max Loderbauer first came to notice in the late ‘80s as a member of Fischerman’s Friend. Known then as Daimler Max, Loderbauer’s associates included Stephan Fischer and Tom Thiel, as well as producer Thomas Fehlmann.

Once the group went dormant, Loderbauer and Thiel established Sun Electric; one of the leading sources of entrancing downtempo and ambient techno through the ‘90s, the duo issued their best work on R&S subsidiary Apollo, including the 1995 live set 30.7.94 and the following year’s Present. During the 2000s and 2010s, Loderbauer collaborated in numerous settings, including NSI with Tobias Freund, Chica & the Folder with Paula Schopf, and Moritz von Oswald Trio with Vladislav Delay and von Oswald.

Luigi Ranghino, collaborator of Franco D’Andrea, is a pianist and professor of jazz music, as well as an established instrumentalist and composer he is also appreciated in the theatrical field. 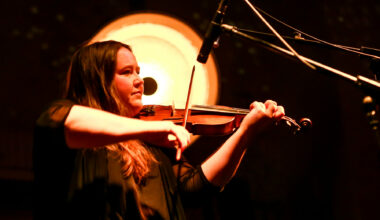