Radio Instantopia is the name of the new collective art project by Berlin Based musician and process artist Maurice de Martin, which involves twenty young musicians and artists from Berlin and Kaliningrad. The project’s focus is all about the possibility of working together online, offline and in-between-line and, despite the COVID-forced distancing, developing a high quality piece of art together. The 11 minute experimental music film ‘Moonlanding’ reflects the intense musical interaction of the two groups during a singular live streaming improvisation in between the two cities and countries. We are happy to present the results of the project in the video below.

De Martin has featured previously on Digital in Berlin as the founder of GIRLS, the reincarnation of a forgotten all female proto-Krautrock showband from Upper Bavaria, Southern Germany. Active from 1967 to 1972, the original GIRLS became the female source of proto-Krautrock with Maurice de Martin’s mother Anny being the drummer and driving force of the band.

2: According to my own experience: one of the most challenging time measures to play is the one consisting of only one beat (see GIRLS “1111111111”).

3: I played “When the saints go marching in” as drum solo with two pencils on the president’s desk @ UNSC (United Nations Security Council) in 2012.

1. What is the biggest inspiration for your music?
The music of a long forgotten all female proto-Krautrock-Showband from upper Bavaria at the end of the 60ies.

2. How and when did you get into making music?
At the age of around 1, when I was sleeping in my yellow stroller, next to the stage where my mother played the same drumset I’m still playing today.

5. What’s your favourite place in your town?
Da’s medical Thai Massage-Salon at Mierendorffplatz/Charlottenburg.

6. If there was no music in the world, what would you do instead?
Inventing music.

7. What was the last record/music you bought?
The 3 CD box “Transnistrian State Orchestra playing anthems of non-UN member states”.

8. Who would you most like to collaborate with?
A Descendant of Misha Mengelberg’s Parrot.

9. What was your best gig (as performer or spectator)?
As Performer: with zeitkratzer & Laurie Anderson @ Kopenhagen Concerthuset (2018). As Spectator: Ronald Shannon Jackson playing drum-solo at Knitting Factory/KnotRoom (1989).

10. How important is technology to your creative process?
Very important, especially my Bassdrum-Footpedal (1921 by Bob Ludwig), my Charleston-Machine (1922 by Vic Berton) and my Bessarabian dulcimer (1994 by Lica Fundament).

11. Do you have siblings and how do they feel about your career/art?
I have 2 half-brothers. One is a cook and one is a bookshop owner. 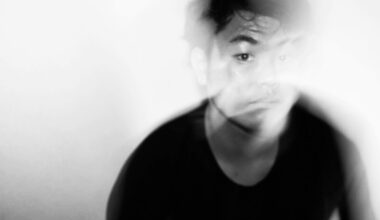 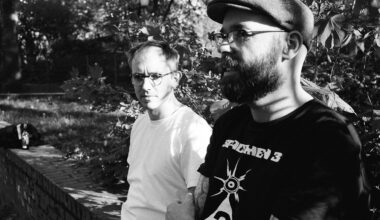