Emerging from a long-term engagement with contemporary music the British, Berlin-based musician Lucy Railton is active as both a performer in new music and improvisation, and writes her own music for cello, electronics and field recordings, releasing solo records on the labels Editions Mego/GRM and Modern Love, and in collaboration with Peter Zinovieff on PAN. She has been involved in countless projects over years, most recently on those lead by Rhodri Davies, Kit Downes, Blank Forms, Beatrice Dillon and Kali Malone and recently as a member of the Ever Present Orchestra, focusing specifically on the work of Alvin Lucier, Ensemble Contrechamps in Geneva and the Harmonic Space Orchestra. Originally from London, she established the 10 year long series Kammer Klang at Cafe Oto and co-founded the London Contemporary Music Festival in 2013. Residencies include EMS, Sweden and Dark Ecologies/Sonic Acts Norway and commissions by Somerset House, London and INA GRM, Paris.

1: Trained a lot in dancing when I was a kid/teenager, was never very good at it.

3: I can swim butterfly stroke.

1. What is the biggest inspiration for your music?
Humans.

2. How and when did you get into making music?
I’ve always made music! At least since I was big enough to bash a piano, but ‘formally’ making music started when I was 19 and moved to London, that’s when I started tinkering with my own ideas.

3. What are 5 of your favourite albums of all time?
IMPOSSIBLE question to answer!..

4. What do you associate with Berlin?
People soul-searching, and a lot of creativity (comes hand-in-hand). I think people feel free in Berlin, more so maybe than in other cities I’ve lived (London/Boston). There is a comfort people can sink in to here that allows them to breathe, it’s a great thing about life here.

5. What’s your favourite place in your town?
The communal gardens by Bornholmer straße, in spring.

6. If there was no music in the world, what would you do instead?
Paint (I can’t paint).

7. What was the last record/music you bought?
I got two at the same time, by two friends (we did a record swap so technically didn’t buy) Jasmine Guffond’s ‘Microphone Permission’ and Jessica Ekomane’s ‘Multivocal’.

8. Who would you most like to collaborate with?
Sonia Malkine.

9. What was your best gig (as performer or spectator)?
I’m sitting in the Portuguese hills right now, gigs were too long ago, I can’t remember, sorry.

10. How important is technology to your creative process?
I am not really in to tech, so I don’t spend much time working out how to perfect a method or understand how things work, I’d rather focus on music, that’s why I play the cello most of the time.

11. Do you have siblings and how do they feel about your career/art?
I have 5 older brothers and 3 of them think I make unlistenable music (partly true) and the other 2 are into music themselves, so they get it… but seeing as we all grew up on hiphop and rnb, we connect over that rather than ‘what I’m doing’, which is nice. I don’t think it’s important that your family are a part of everything you do. 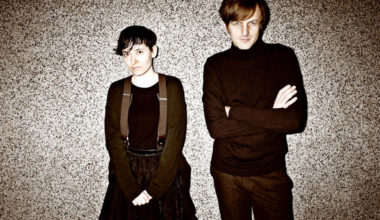 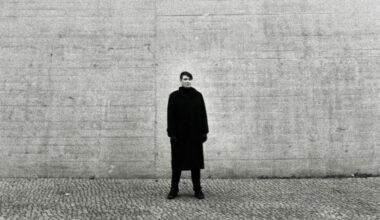