The retro-futuristic ensemble gamut inc makes musical theatre and plays computer-controlled music machines that they develop themselves. The ensemble is made up of a growing number of self-playing, acoustic music machines that are controlled live by computer and are developed especially for and by gamut inc. Out of a collaboration with the Logos Foundation in Gent, the largest robot orchestra in the world, gamut inc created the piece ‘Planet 9’ for its computer-controlled brass instruments. Within the framework of their concert series ‘AGGREGATE’, which is dedicated to the interaction between human and machine, they are developing programmes for computer-controlled church organ. The core of the ensemble is made up of computer-musician Marion Wörle and composer Maciej Śledziecki, who collaborate on a project-by-project basis with various other musicians and artists.

Wörle and Śledziecki organise the WIR SIND DIE ROBOTER festival, which is dedicated to machine and robot music, and the international festival AVANT AVANTGARDE, a journey through time to musical experiments before the 20th century. They have received composition commissions and invitations from international festivals (e.g. CTM, Acht Brücken, Musica Jauna Vilnius, NuMusicFestival, AudioArt Festival, NewMusic Festival Gdansk, Technosphärenklänge). They regularly compose for film and radio, are co-founders of the “Zentrum für Aktuelle Musik” and have run the satelita record label, which is dedicated to contemporary music formats, since 2009.

1. What is the biggest inspiration for your music?
Gamma waves, long walks in the forest, talks with friends, books, films.
A lot is coming actually from the music-making process itself.
In the process unforeseen problems occur that needs to be solved, and in the best case inspire some
new ideas.

2. How and when did you get into making music?
With the piano at 6 and a Juno60 that flew into my arms at the age of 16. Campfire guitar in Maciej’s case.

3. What are 5 of your favourite albums of all time?
Hmmm – some gravitational points are
Georg Friedrich Haas;
György Ligeti;
Oskar Sala: Subharmonische Mixturen;
Rembetika: Songs Of The Greek Underground;
Iannis Xenakis,
Can: Tago Mago; …wait, that ́s already six?

4. What do you associate with Berlin?
Possibilities!

5. What’s your favourite place in your town?
A certain Spätkauf whose coordinates must remain secret.

6. If there was no music in the world, what would you do instead?
Invent music.

7. What was the last record/music you bought?
Diana Deutsch – Musical Illusions and Paradoxes.

8. Who would you most like to collaborate with?
First comes to mind Nicolas Winding Refn. We did some filmmusic works in recent years, and he ́s a
director who uses music in a very physical and satisfying way.

9. What was your best gig (as performer or spectator)?
“In Vain“ by Georg Friedrich Haas as spectator, “Planet 9“ as performer – a piece we did for the Logos Foundation, the world’s largest robot orchestra. Although: we ́re in much love with the automated pipe organ at the moment – by controlling these huge instruments from a computer, you can create truly outlandish sounds with it. Since the resonant body of the organ is the church, or concerthall-room itself, the sonic intensity can become a mind altering experience. The bass that ́s coming from a house-tall pipe is insane.

10. How important is technology to your creative process?
Technology is at the core of gamut inc‘s pieces and scenarios. We like it most the way it was used in ancient Greece: “Of course the audience could see the ropes of the machane – the crane-device that let actors “fly” to the stage as gods ex machina. But the magic works anyway.”

11. Do you have siblings and how do they feel about your career/art?
Each of us has one sibling, and although they lead different lives they appreciate what we do. 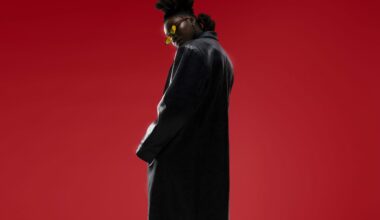