Kllo are bringing their unique sound to Berlin in 2018. Kllo, known previously as Klo, are an electronic pop duo inspired by 2-step garage and the wispier aspects of contemporary R&B. Based in Melbourne, Australia, collaborating cousins Chloe Kaul (vocals) and Simon Lam (production) debuted in 2014 with “Make Me Wonder,” a shadowy and restrained track playlisted by BBC Radio 1.

The single led to Cusp, the duo’s first EP, released on Dot Dash in December 2014. Kllo subsequently joined the roster of PIAS subsidiary Different for their 2016 release Well Worn.

Just as their 2017 debut album Backwater signalled an artistic coming-of-age for the Melbourne duo, ‘Potential’ confidently expresses where they’ve been since and hints at where they may head next. “We said all we needed to say in the last album,” adds Chloe Kaul. “It’s important that we capture these moments in time instead of staying in the past and living up to expectations.”

She and Simon Lam came upon the chords at a green room piano before a show in Amsterdam. Their most tender and bittersweet composition to date, the downtempo track depicts the emotions of seeing a future with someone that never comes to be. 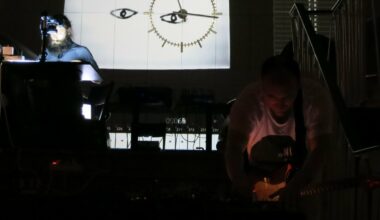