The first of two August Kiezsalon specials is at Villa Elisabeth. The parish hall of the neighbouring St. Elisabeth’s Church was designed by Schinkel and inaugurated in 1907. The grounds of the Villa, including its church park – a green gem in the centre of Berlin – invite you to linger longer, between and after the concerts.

The music of Galya Bisengalieva is dark and atmospheric. The Kazakh-British composer and violinist centres unyielding drones as she weaves across genres like folk, ambient, classical, and electronic music. An internationally-recognised performer, Galya has played at venues including the Barbican, National Centre for the Performing Arts in Mumbai, and the Brooklyn Academy of Arts. She has closely collaborated with some of the world’s finest musicians spanning many genres including Suzanne Ciani, Laurie Spiegel, Terry Riley, Thom Yorke and Actress.

Galya’s solos and improvisations can be heard on numerous albums, film soundtracks and TV productions. She has also toured key solos for live productions of ‘Phantom Thread’, ‘Under the Skin’, ‘he Piano’, and ‘There Will Be Blood’.

Through an experimental approach to production and composition, the results are often a mixture of an abstract soundscape rich in detail, permeated with beautiful harmonies and melodies. She has released a number of albums, EP’s and 12″ for labels such as Smalltown Supersound, Geographic North and Longform Editions. Her latest release, ‘Sketch for Winter IX: Perlita’, was released in January this year.

Berlin composer Maya Shenfeld’s music is as powerfully evocative as it is strikingly intimate. Through a mastery of sound sculpting and an approach to composition, drawing equally from classical tradition and underground experimentalism, Shenfeld has established herself as one of the most vital voices in Berlin’s New Music scene.

The Villa Elisabeth is one of Berlin’s protected architectural monuments. Its grandeur and its historical charm – with parquet floor, and stucco-ornamented columns and archways that support the overhanging gallery – represent a new, exciting expression of the series.

Tickets for the originally scheduled Kiezsalon are still valid. Online tickets are sold out. Due to high demand, we have created 2 sessions for this Kiezsalon. All ticketholders have received their timetable via E-Mail through Eventbrite already. Please come to your assigned session only. There are limited tickets available on the door for the early session. Please arrive no later than 16:30 CET if you wish to grab one. 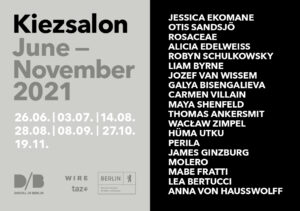 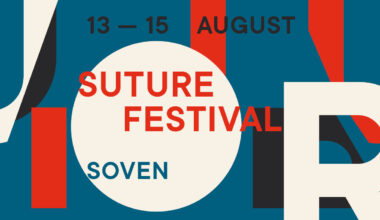 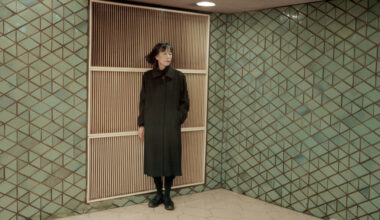 For the opening of our galerie weisser elefant x Digital in Berlin sessions series, we have invited Italian…
15 Shares
15
0
Back to top
Manage Cookie Consent
We use cookies to optimize our website and our service.
Manage options Manage services Manage vendors Read more about these purposes
View preferences
{title} {title} {title}
×