The pianist and vocal artist Ingrid Schmoliner lives and works as a freelance musician, composer, curator and pedagogue in Vienna. Starting even before and during her classical education at the Carinthian State Conservatory in Klagenfurt (AT) where she majored in piano, Ingrid Schmoliners music has been influenced by her interest in improvised, experimental and contemporary music.

1: Grew up without handy or internet… worked a lot on a farm
2: Bourgeoisie/capitalism/greed/lack of empathy/stupidity… sucks!
3: Deep listening…

1. What is the biggest inspiration for your music?
Nature of sound, nature of space, nature of people, something true.

2. How and when did you get into making music?
From the beginning like every human. I knew very early that I wanted to be a musician and creating my own.

3. What are 5 of your favorite albums of all time?
Can’t say, since there is a lot…
Richard Strauss
Scriabin
Bach
Led Zeppelin
Queen
BulBul
Sir Tralala…

4. What do you associate with Berlin?
Lots of trees, collegues, Corvo Records, bohemian drips, hipsters, too many children in some districts.

5. What’s your favorite place in your town?
The Danube

6. If there was no music in the world, what would you do instead?
I would not be here, or if reincarnation exists I would really not be bothered coming to a place without any sound, boring.

7. What was the last record/music you bought?
BulBul – Kodak Dream

8. Who would you most like to collaborate with?
With interesting, empathic, precise, intellectual, down to earth, deep people.

9. What was your best gig (as performer or spectator)?
Wien Modern/Großer Saal/Wiener Konzerthaus.

10. How important is technology to your creative process?
Really not that important.

11. Do you have siblings, and how do they feel about your career/art?
I have one sister, she likes me to stay healthy.

Ingrid Schmoliner plays on, in and with the piano, she sings to it, performs – if possible – most intensively with her stage colleagues. Her playing has a magical effect, and it is often difficult to resist its pull; one gladly gets involved. In addition to her very specific minimalist, repetitive, trance-like solo works, among others with MNEEM at Wien Modern 2019 in the Großer Saal – Wiener Konzerthaus, she composes for film and theatre and has been playing for 10 years with the Greek hornist Elena Kakaliagou – Duo NABELÓSE and in the Trio PARA, Trio Watussi, with Pascal Niggenkemper and Joachim Badenhorst, the Trio GRIFF with Adam Pultz Melbye and Emilio Gordoa, etc. and has been awarded prizes and scholarships for her work.

It is not quite self-evident that musicians who – as in this case – are highly successful as formative representatives of a free style of music making, are also self-confident in reflecting on their musical and ethnic background. Schmoliner draws her strength not least from the knowledge of the power of the music of her own ancestors. And this far away from all those clichés that often degrade this profession to a folkloristic fairground. 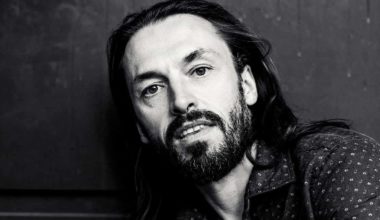 Hélène Vogelsinger is a french singer, composer and sound designer. In her modular synth project, she explores different…
0 Shares
0
0 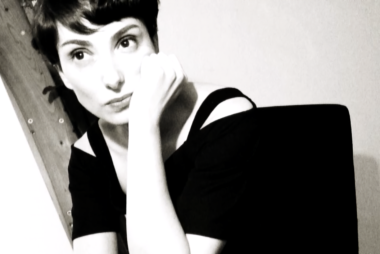 Eli Ningú (Barcelona) works at the intersections and invisible transversalities between music, noise, synth and text. Musician, sound-artist…
0 Shares
0
0
Back to top