Golfam Khayam is an Iranian composer and improviser. She holds the ‘Master of Music’ from the College-Conservatory of Music, University of Cincinnati, Master of Interprétation Specialisée Solist and master of composition at Geneva University in Switzerland and is currently associate professor in Tehran Art University. Her music has so far been featured in Elbphilharmonie, Metropolitan Museum, and on NPR’s “songs we love”, Danish Cultural Radio, BBC3, Deutchewele. Since 2016 she has signed with the ECM Records.

1. What is the biggest inspiration for your music?
It certainly varies over time. Constant evolving and change is a strong urge. Roaming among cultures, tales, and even forbidden words where they wander into sounds, seeking refinement, all those are inspirations to me.
Also part of me is naturally rooted in the Persian culture, which has a vast source of material that reveals itself differently in my work. I’m fascinated by oral traditions too, I believe there’s so much to learn from those sincere sources.

Also the world of improvisation that I am intrigued by its intense emotional impact and its power on naturally evolving and controlling time is part of the sources sometimes. Bringing that aspect into a score, as a controlled and repeatable experience with the same sense of freshness and liberty is always a new challenge and inspiration. In general inspiration is one thing, but countless hours of preparation and editing to structure and frame the inspiration are a big part of the process.

The source of inspiration in this particular work, ‘Seven Valleys of Love’ (premiering in Berlin in November 2020), is based on a fascinating text from the ancient Persian poet Attar 1145-1221 A. D. It’s just incredible to see that a person from that period is speaking about “love” as an abstract concept which is not associated with religion or a naïve romanticism. It’s more than a personal melancholy, it is a one-way admiration and endeavors to achieve a self metaphor for more tolerance and empathy.

2. How and when did you get into making music?
I started classical music with piano when I was six years old; then I switched to classical guitar a year later. The Iran-Iraq war had been just finished in Iran, where you could see the postwar unrest situation, with severe sanctions, street checkpoints, etc. My parents tried to distract us from that outside chaos with art, music, and literature at home, with house concerts, chamber music sessions, or jamming with friends, reading poetry etc. So home was an oasis in the middle of an anxious city. That’s where everything started.

3. What are 5 of your favorite albums of all time?
Every period I have different favourites that change over time for now:

4. What do you associate with Berlin?
For me Schwedter Str. where my lovely cousin lives in a wonderful old eastern-style apartment where I stay with her every time I go. This street has a lot of charm, has a beautiful maple tree and a cute hat shop in the corner!

5. What’s your favorite place in your town?
The Mountains, rivers near Tehran. Also Tehran Contemporary Museum.

6. If there was no music in the world, what would you do instead?
I would have been a lost and sad person as listening to music and making music is the only way of deep and complete expression.

7. What was the last record/music you bought?
Teodor Currentzis record of Rameau – ‘The sound of light’.

8. Who would you most like to collaborate with?
I’ve been privileged to collaborate with artists and musicians that I had been dreaming of and admiring their work; I’m looking forward to continuing our partnerships. I still believe in some more dreams yet to come :)

9. What was your best gig (as performer or spectator)?
It was two experiences; first, I was involved as a performer in a festival at Elbphilharmonie, with my duo, NAQSH, which the whole performance was very different. With unpredictable zones of improvisation. It was very early months of my pregnancy with my son, and the feeling that you’re performing with a living creature with you was very special.

The other experience was in the premiere of my piece ‘Solitude’ with chamber orchestra, conducted by my wonderful colleague and friend Elena Schwaz, where an utterly skeptical part of my work that I was experimenting with ornamentations and improvisation in orchestral part came out as a surprise; I was so sure that this part will end up in the trash even before its first rehearsal. It actually came out the most convincing one, as Elena insisted that we should keep it and simply try to rebalance the dynamics.

10. How important is technology to your creative process?
I always start with pencil, paper and keep them until the end. Still, computers, laptops, software etc. are necessary along the way. But for me, it’s important not to lose the organic and direct chemistry of the actual sounds. There should be a balance between the two worlds letting the music breathe on its own while imagining unknown spaces. When I was in Lugano at ECM studio working with Manfred Eicher, I saw this aspect to its ultimate degree in his fantastic work. In a studio almost like a spacecraft, he was constantly seeking for an organic sound and a balance which as result it finally breathes like a living creature.

11. Do you have siblings, and how do they feel about your career/art?
I have a family of artists in Tehran who do art as their career. My mother is a painter, my father, a writer, and my brother pianist/composer who’s been my tutor since my early childhood, and other brothers, journalists, and English literature teacher. So it’s been a very dynamic and supporting environment and even collaborative. All my siblings are now scattered all over the world in three different continents. I’m so lucky that my dear husband has been providing tremendous support throughout all these past ten years, especially being an incredible dad keeping our little toddler son who has a good groove in the house and tries to respect silence while mom’s working!

Golfam Khayam is an Iranian composer and improviser. Her personal language is rooted in Persian music while seeking her language in a path between the two worlds of the east and west. Her music is described by AL Jazeera as ” Innovative Art” and as in Chicago Jazz magazine ” It is a perfect testament to the universality of music.”

Her music is so far featured in Elbphilharmonie, Metropolitan Museum, NPR ”songs we love”, Danish Cultural Radio, BBC3, Deutchewele. She has been winner of numerous prizes which includes International Rostrum of Composer in the category of windows on the world, residency opéra de-ci-de- là in festival Aix-en-Provence, full grant fellowship prize HES-SO Switzerland. Since 2016 she has signed with the prestigious German label ECM records along numerous other recordings worldwide.

Golfam Khayam was born and grew up in Iran in a family of artists in Tehran. She holds the
“Master of Music” from the College-Conservatory of Music, University of Cincinnati. Master of
Interprétation Specialisée Solist and master of composition at Geneva University in Switzerland.
She is currently associate professor in Tehran Art University. 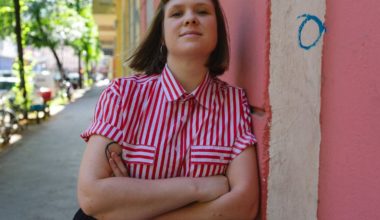 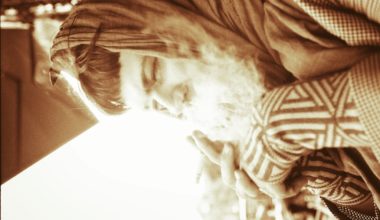