Tropicalismo, samba, reggae and Música Popular Brasileira: For his show Nós a gente – We the People, Gilberto Gil unfolds his broad repertoire together with family and friends in a homage to musical diversity and life itself.

His career began in the accordion, still in the 50’s. Inspired by Luiz Gonzaga, by the sound of the radio, by the processions at the door of the house. In the interior of the Northeast, the sound he explored was that of the sertão, until João Gilberto, the bossa nova, and also Dorival Caymmi, with his beach songs and the coastal world, so different from the world of the sertão. Influenced, Gil puts aside the accordion and takes up the guitar, and then the electric guitar, which harbor the particular harmonies of his work until today. His songs from an early age portrayed his country, and his musicality took very personal rhythmic and melodic forms. His first LP, Louvação, released in 1967, focused on his particular way of setting regional elements to music, as in the well-known songs Louvação, Procissão, Roda and Viramundo.

In 1963, when he met his friend Caetano Veloso, at the University of Bahia, Gil started a partnership and a movement with Caetano that contemplated and internationalized music, cinema, plastic arts, theater and all Brazilian art. The so-called tropicália, or tropicalist movement, involves talented and plural artists such as Gal Costa, Tom Zé, Rogério Duprat, José Capinam, Torquato Neto, Rogério Duarte, Nara Leão, among others. This movement generates discontent from the current dictatorship, which considers it harmful to society with its libertarian gestures and creations, and ends up exiling its partners.
The exile in London contributed to the even greater influence of the Beatles, Jimmi Hendrix and the entire pop world that was emerging at the time, in the work of Gil, who even recorded an album in London, with songs in Portuguese and English.

Upon returning to Brazil, Gilberto Gil continued his rich phonographic production, which continues to this day. There are a total of almost 60 albums and around 4 million copies sold, having been awarded 9 Grammys. 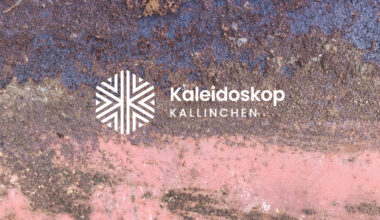